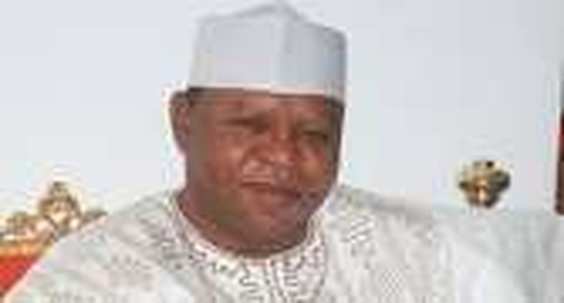 The sudden death of Abubakar Audu, a governorship candidate of the ruling party, All Progressive Party, APC, on Sunday, in Nigeria, after he almost clinched the election victory, has placed many Nigerians in John Donne's shoes. But unlike Donne, many Nigerian supporters of the demise politician are still wondering about what may have actually happened.
New reports said that Audu said he felt ill with pains all over his body after the elections on Saturday and he asked for a bottle of soda. The next development was that on Sunday, he reportedly collapsed in his house and died. He was 68, heavily built and yet handsome. The first lapse noticeable in the development leading to his demise is that after the exhaustion of a tough campaign against an incumbent, despite Audu having been a governor before, one would have expected a medical team working with him as a governorship aspirant.
But none was so reported. Audu did not call for a medical check up. He called for a bottle of soda. No medical report has been released as the cause of death, other than that while his body laid in his home, his supporters sought prayer person for a miracle for him to return to life. A prophet reportedly arrived his home and asked to be allowed to pray and revive him. The family was reported as unwilling to cooperate with the prophet, but his supporters forced the door open and brought in the prophet. While the prophet was saying his prayers, there was a information of a miracle that Audu had retuned to life.
Meanwhile grave diggers who began their job in the compound slowed down their work to confirm the truth or otherwise of the information about the resurrection. But when Audu was not sighted walking out to show himself that he had indeed resurrected, the grave diggers went back to work. Grave digging and burial of the dead are part of the processes humans undertake, when one of us leaves this earth. It is not new. But what is useful in discussion here is the quickness that Moslems dispose the remains of their members after death with little or no ceremony or fanfare, and the remains only wrapped in white linen and lowered into the grave.
A person pronounced is already far away in another place, and what is left is a body without a soul. Why keep such a body in the morgue and then plan to spend so much money to entertain people before the burial, people have often asked, in condemnation of mammoth burial ceremonies. But in philosophy, students are taught about birth, marriage and death as three landmarks in human life requiring ceremonial observations. When a person is born, the parents rejoice over the birth; when a marriage is taking place, there is a ceremony of two people coming together to begin a family and when one passes away, there is also a ceremony to send him or her off. But many people still think that the Islamic way of disposing the dead is saner.
Just as I was reading and thinking about Audu's sudden demise, the Islamic way of disposing the dead and the effect Audu's death would have on members of his family, I picked up the Staten Island's Sunday Advance newspaper to read, and I came across another story about death and its shocking visitation concerning Chris Gunaratne, 22, of Staten Island, who  was reportedly found unconscious and unresponsive outside his home last Thursday night. The newspaper captioned the story 'Tragedy Times Two', because the young man died nine years after his sister, Tiffany Gunaratne, who was reportedly killed by a car and  in a shocking circumstances too.
While the Staten Island's Advance reported that the autopsy was being awaited in the case of the death of Chris, it reported that Tiffany was struck by a vehicle near her home in 2006, when she stepped out on the street in an attempt to save her dog that had strayed out. The dog, Sammy was said to have maneuvered her way under a gate and ran up the street, and Tiffany ran after her. It was a case of a young woman, who cared so much for her dog and gave her life in an attempt to save the dog from imminent harm. Now, Chris and Tiffany's parents have gone through these sorrowful experience of losing two children in a space of nine years. What would they have to say about death? The newspaper said the children's mother declined to comment.
Members of Audu's family in Nigeria and his teeming supporters are undoubtedly in the same shoes like the Gunaratnes in Staten Island in New York, and others like them around the world, whose loved ones have shockingly lost their lives. Don't forget that the Paris incident too is still fresh. Every morning that one wakes up after bed time, or goes out and returns home unharmed, it is worth of thanksgiving, because no one has power over his or her own life, when death comes knocking on the door. If it were possible to tell death to tarry, Audu would not have hesitated with the key to the office of the governor almost at his reach.
NEWS AND FEATURES
News & Features Around The World