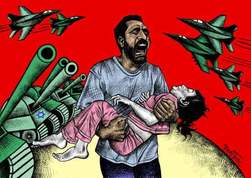 www.handstogether-weblogspot.com
Countries in West Africa are doing everything humanly possible to curb Ebola's spread, just like the United States has been bombing the paths of the Islamic State in Iraq and Syria to stall its spread. Ebola is scaring for its deadly elimination capability, just as ISIS has proved deadly not only for killing people on its path, but for its recourse to beheading the innocents.
Sierra Leone was reported as likely to ask everyone in the country to stay indoor for four days, to avoid human contact and Ebola's spread, and Liberia had quarantined a whole area in the country in its fight against Ebola's spread.
Someone has told the Global Pentorch on phone that persons who have fever in West Africa are suspected of having Ebola, and such persons who are ordered to Ebola Center are only released if tested negative. Humanity is at a point some religion fanatics will call end time scare.
NEWS AND FEATURES
News & Features Around The World