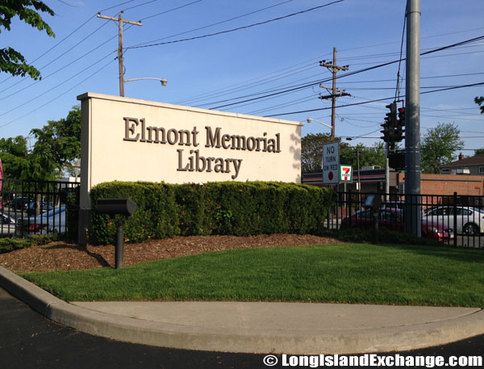 Dozens of Elmont residents in Long Island, New York, turned out on September 21 and celebrated 75 year anniversary of the Elmont Library. And library officials thanked patrons and attendees for continued support. Among the crowd at the occasion were veterans and volunteer fire fighters and a spirited performance by the Doo Wop Classic All Stars.
"This day could be possible without the community," library trustee Tammie Williams told a large audience in the library's 6, 400 square foot theater.
"So many people support the library," board president Monique Hardid added, thanking the audience. The all stars brought listeners to their feet and moved them to dance around the theater to a rendition of Teddy Pendergrass's "You are My Latest, My Greatest Inspiration."
Celebrated pianist John Arden, of Island Park, winner of New York Independent Music Festival, wowed the audience with his "dueling piano" performance. Green Meadow's Farm, from Flora Park, presented a live animal show, and the Petra Puppets Theater Company delighted both children and adult alike.
The Elmont Fire Department Safety and prevention House was on hand to help children learn about fire safety techniques such as "stop, drop and roll, and the importance of making family emergency plans.
Library Director, Dr, Roger Podell said that the library began as a small volunteer organization in 1939, and has been in several buildings over there years. Now, the library is housed in a modern, one -story, creme-colored structure. According to Podell, nearly 1000 patrons visit each day.
"The library's usefulness is vast," said patron Patrick Zulu. "I come to the library with my son most of the time, because it has a lot of books for children. And when they don't have it, they give you a date, notify you when it is available, and you come and pick it up."
The library is set amid neatly groomed trees and shrubs on 3.8 acres, measures 60,000 square feet an can accommodate up to 430 people at a time. It id on Hempstead Turnpike, next to a Home Depot. As a memorial library, it is dedicated to members of the armed forces who died in battle.
Patron enter through a large hall, where the Broadhollow Theater's box office is located, next to two meeting rooms . Past the entrances to the theater and the children's center is the main library with its vast collection of books and audio-visual materials. According to Podell, the library has nearly 217,500 materials in its collection. In 2013, the library's circulation was nearly 300,000.
NEWS AND FEATURES
News & Features Around The World