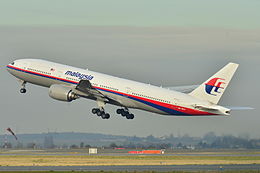 No where to be found
Malaysian Airline Flight 370 disappeared from the air with its entire passengers three years ago. The aircraft seems to have disappeared forever along with all the passengers, as there has been no trace of it by searchers.
Today, an announcement by the Malaysian government to call off the search of the aircraft after three years does not get the approval of family members of passengers.
Questions are being asked about how their family members will board an aircraft from Malaysia heading to China and the aircraft disappeared in the air between Malaysia and China and there is no accountability about the whereabouts of their relatives?
Air accidents have been happening and passengers killed, but not finding remnants of aircrafts has never been a case, until the Malaysian Airline Flight 370 has set a record.
NEWS AND FEATURES
News & Features Around The World