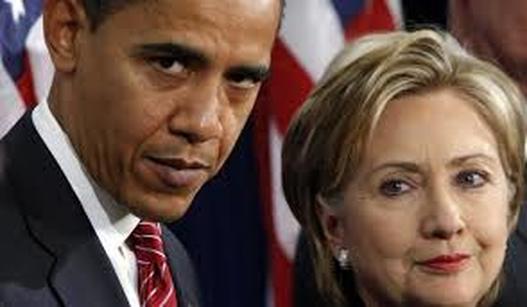 President Barack Obama and Hillary Clinton, already has a campaign schedule and have merely been waiting for Comey's clearance.
Hillary Clinton has reportedly been cleared of wrongdoing in the investigation into her use of private email server as a secretary of state, according to the FBI director, James Comey, in a statement on Tuesday.
​   The immediate question that Comey's statement attracts is about the place of equality before the law, as said to be guaranteed by the country's constitution.
According to the New York Times, Mr. Comey rebuked Mrs. Clinton as being “extremely careless” in using a personal email address and server for sensitive information, declaring that an ordinary government official could have faced administrative sanction for such conduct.
Is it now a case of inequality before the law, where the country has ordinary government officials with a law apart for them and the privileged with a law apart for them?
Many Americans have seen the political ball game that has gone into the Clinton's use of personal email server and the likelihood that she will be let go with what has now become all in a week work by Bill Clinton, The Attorney General Loretta Lynch, interview of Hillary and now the release of her clearance.
Many observers see the development in the investigation in the last eight or nine days as too steep and fast in the movement forward to believe that justice has been done. And the statement by Comey that has taken the country to the "Animal Farm" level does not seem to help matters enough to say that the law has been applied equally, as it should be to everyone without respect of persons or position.
And some of the questions, which some people have begun asking are: "If there would have been administrative sanction, has the ordinary government official being involved in this as said by Comey, why has not that same administrative sanction apply in the case of Hillary? Is her clearance been possible because she is more equal than others, just like she has perceived herself as better than others and that she can do anything and go away with it?"
"Are you surprised at the clearance?" A young man leaving his place of work said in a request for an interview for this piece. "You know there is no equality here, and if ever there has been before now, it has today become a lip service."
In Africa, it is often said that when a dead person is being buried, it is proper to do the burial well not to leave the legs of the dead protruding outside the earth, as such will leave room for the disrespect of the dead. The way the Clinton email investigation has ended is equivalent to an improper burial for the dead, with the leg protruding from the earth for questions about its end. It is more harrowing, when no answer will be forthcoming for such questions.
And the only answers that are available for now is that Clinton has been cleared for being privileged, after a meeting between her husband and the attorney general and assurance from the attorney general that she will accept the final decision by the FBI professional investigators. And now she has a statement from Comey to accept and the case is closed. The statement by Comey about some people being more equal than others have defeated any other statement he made about not finding Clinton as having intentionally sent or received classified information. Period.
Now the Clintons and President Barack Obama can go on their jolly ride. But they should remember that Americans are highly intelligent and highly educated people and capable of reading between the lines.
NEWS AND FEATURES
News & Features Around The World