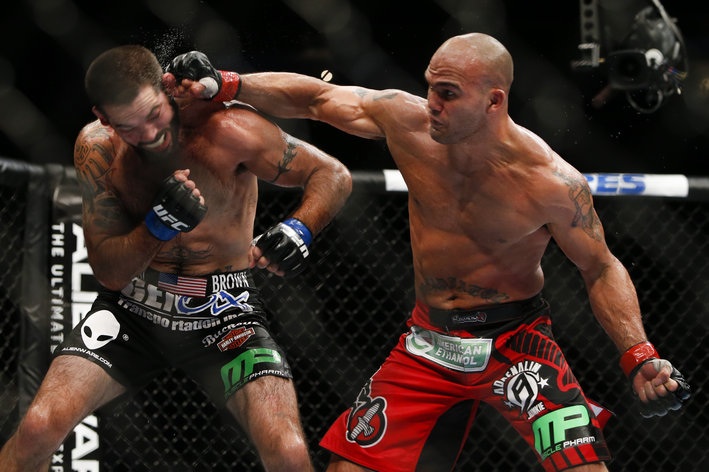 Brown and Lawler(Esther Lin, MMA)
Robbie Lawler defeated Matt Brown in a spectacular Welterweight bout at the SAP Center in San Jose, California on Saturday night, aired on Fox News Channel 5. Lawler was unanimously declared winner after a wrenching throwing of jabs and legs, what seems like a wrestling mixed with boxing. Brown used both legs, but used the right often than the left, while Lawler used the left leg dexterously.
For someone who had not been watching boxing for a long time, it was novel that there had been a transformation in the game. Boxers now use legs, elbow and cuddle and the referee not separating them. Several times, both contender hit each other's private part with a leg, and one can only imagine the pain from that type of experience on the ring. Last night was entertainment with pain, more pain in kickboxing than it had been in the days passed of glorious boxing.
NEWS AND FEATURES
News & Features Around The World