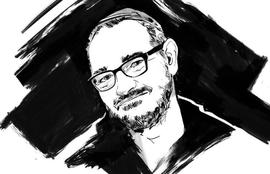 Anton Nossik
The death of anyone considered too young  or not old enough to die is bad news. Especially, if such a fellow is an achiever with no problem about accessing health care. It is why the death of two prominent people, one in Russia and the other one in Kenya, have led to questions without answers.
Anton Nossik, considered as Russia's father of the internet,reportedly died of heart attack in the early hours of July 9, at 51, according to the Moscow Times.
Described as a very open person, Nossik graduated from a medical institute, but he was a practising journalist, before he emigrated to Israel in 1990 and pioneered the Russian internet following his return from Israel in 1997.
“Anton was absolutely in the right place when this strange phenomenon [the Internet] came up, which was initially incomprehensible to many,” Gleb Pavlovsky of the Foundation for Effective Politics think-tank, told The Moscow Times. “It was a world of enthusiasts, and everyone understood it in their own way.”
As a journalist and blogger, recollections about Nossik's reveals his often encounter with the government over his choice of stories, and one of his stories that was pro-government almost got him into jail.. 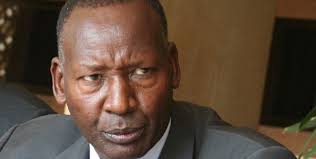 Joseph Nkaiserry
Joseph Nkaiserry was the Kenya's interior secretary of security before his sudden death on  July 7, shortly after he was admitted in a hospital for check up.His last public appearance was reportedly with President Uhuru Kenyatta, and hundreds of Christians and clergy during interdenominational prayers for peace ahead of the August 8th elections, according to Kenya News Day.
A news report by the Daily Nation on Monday captioned "Joseph Nkaiserry died of heart attack", autopsy reveals, ends almost a week of questions about the cause of his sudden death.
“Major-General Nkaissery died of a heart attack,” said Dr Byakika last evening following a meeting between the doctors and the family. Dr Charles Kariuki, who was part of the team, described the cause of the death in medical jargon as “acute myocardial infarction, where the muscles of the heart die due to lack of blood as a result of a compromised or blocked blood vessel by cholesterol”.
The autopsy on Nkaiserry was prompted by questions and disbelief about how a man considered healthy could have died suddenly the way he died. 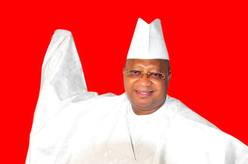 Isiaka Adeleke
The sudden death of Nossik in Russia and Nkaiserry in Kenya from heart attack is a reminder of the sudden death of Senator Isiaka Adeleke, a former governor in Osun State of Nigeria, sometimes early this year, and  the result of investigations, which said that he died as a result of multiple administration of prescriptions by a quack doctor.
There was a fierce disagreement between members of Adeleke's family and  the state government over what may have been the cause of the popular politician's sudden death. Some people said he may have been poisoned and others think about heart attack. But investigations later cleared all the rumors and gave way to facts about his death.
The death of Adeleke reveals the importance of adequate health care delivery for all, irrespective of position, whether rich or poor, and that under no circumstance must anyone allow unqualified medical practitioner to dictate or administer prescription for any reason.
Unfortunately, Nigeria is one country with lack of access to adequate health care, which explains why a senator, rich and a popular fellow like the former governor submitted to a quack's prescription.
Adeleke's fame and the love people had for him, had just ensured his younger brother's victory in a bye election, to fill late senator's seat in the upper chamber of the National Assembly.