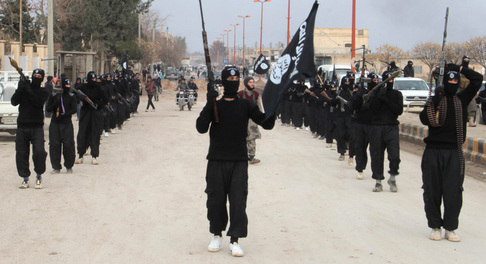 www.cfr.org
It is manifest that from the adoption of the name Islamic State in Iraq and Syria, ISIS, which simply makes the world refers to ISIS as 'Islamic State', the battle between the civilized world and militants has turned into a creative idea.
Apart from the war in Nigeria against Boko Haram; the war in Somalia against Al-Shabaab and the war in Iraq,  observers say that the trouble is becoming more and more troubling with the word 'Islamic', which ISIS has added to its name.
Everywhere you go and you hear people discussing the trouble in Iraq, you hear people refer to ISIS as Islamic State. It is in the news; it is among ordinary people on the street referring to these militants simply as 'Islamic State' and leaders in the civilized world also refer to the ISIS as Islamic State.
Moslems who have been objecting to connecting militants to Islam from the past seem to be shellshocked as they have not objected to the current connection of Islam to militancy as the ISIS has done in the crafting of a name.
Some writers are saying that the war in Ukraine is more serious to NATO than the one against militants in Iraq, because according to them - the war  in Ukraine is about a struggle for a sphere of influence, and that countries in the  Arab world should be assisted by NATO to reduce ISIS from being a threat to Arab countries and the world. But none of the countries in the Arab world has said anything. They are in a mode of sitting down and looking, with the United States working to subdue ISIS from expanding to Baghdad, amid effort to raise a coalition to determine what to do about ISIS, which they all agree constitutes a big trouble to civilization.