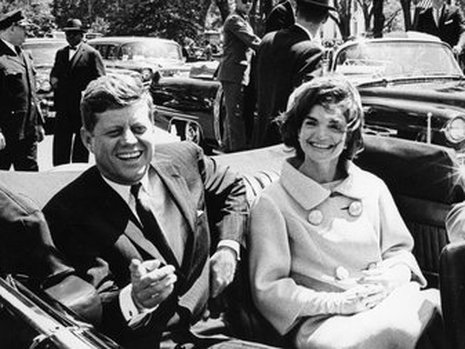 JFK and wife
Americans in all works of life today remember the country's charismatic leader, John Fitzgerald Kennedy, assassinated by a gunman in Dallas, Texas, in 1963.
JFK is remembered for his action packed three years presidency said to have rekindled the American legacy.
In 1961 during his inauguration, he told the nation that the torch has been passed to a new generation, and asked Americans to join him in a struggle against poverty and disease.
He is described as a rare leader with magnetic touch and courage.
His name and acronym are undoubtedly of household memory all over the world, beyond American shores. He left his name in the sand of time and remembered for his good deeds for steering America toward a rejuvenating beginning.
America cannot forget his place in the history of the country. Part of his legacy are the education aid and welfare package undertaking by his successor that Americans still enjoy and cherish to this day.
He loved and manifested his love for America and charged Americans to do the same. He asked them to think about what they can do for the country and not what the country can do for them. The philosophy became a chorus by other leaders around the world to their country men and women.
NEWS AND FEATURES
News & Features Around The World