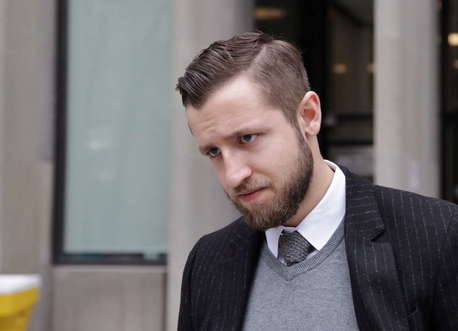 A journalist's burden
A Canadian Supreme Court recently told a journalist to surrender the information about a subject in a news report to the subject of the news report.
The Committee for the Protection of Journalists explained in a release that the journalist in his defense told the judge who gave him the order for him to release the information he had to the subject of the news report, as capable of chilling the press freedom.
The case, about a Canadian fugitive, who ran away and joined the ISIS, but had voluntarily returned,  was first heard in February 2016 by the court. On March 29, the judge ordered the journalist, Ben Makuch, to release the information. The newspaper, Vice,  that Makuch works and Makuch have both challenged the court order.
The question: Does the judge(s) know what it means to chill press freedom? If they know the meaning of 'chilling' in English as terrifying and horrifying to do something, would they not ask what that has to do with an order the court has given or what are judges' business about press freedom? First, the judges are not journalists trained in the language that only trained journalists will understand. They are lawyer before becoming judges, since no one can become a judge, without legal training.
Many journalist believe that it is one of the burdens that journalist bare that people who are ignorant about the profession of journalism are made to sit in judgment about how journalists should do their work. Therefore, it deductible that if there is a judge with journalism background among the judges at the Ontario Supreme Court in Canada that handed the bizarre order to the journalist to give information about a report to the subject of the report without a thought about the danger such release could  constitute to the journalist's safety, such a learned judge would have advised his learned colleagues on the court that such an order is an aberration to journalism and that only in ignorance could a court order a journalist to do such.
Now the consequence of a journalist refusing to comply with the court order is another burden. A refusal may lead to being slapped with contempt of court and may lead to jail. The complexity of the problem is that when these governments are considering nominating justices to the courts, journalists are hardly considered capable or necessary to be in a court. Another problem is that nomination of justice is mostly political and not based on the constitution of court justices to make sound judgment. If the justices lack the knowledge of what to do in ta case of the type involving a newspaper and a journalist in a terrorism related case, why cannot the court approach many of the journalism associations that abounds around the world for advise?
Of course, Iain MacKinnon, lawyer to Vice and Makuch, has given a notice of appeal against the court's order, based on the newspaper and the journalist's advise. "We are concerned about the effect that this ruling might have on the ability of the media to report issues of public interest while building relationships with their sources," CPJ Senior Program Coordinator for the Americas, Carlos Lauria, said in a statement. He is a journalist and he knows the effect of obeying such a court order. He concluded his statement by saying that "Journalists should not be forced to function as an investigative arm for the police."
Judge Ian MacDonnell said it was important to balance the interests of the police investigation with the free expression of the and privacy interests of the media. The judge reportedly insisted that the police had reason to believe that the information Makuch had would support the police case, and that since the information is not off the record or from a confidential source, the newspaper and Makuch concerns are baseless. But why cannot Makuch and Vice tell MacDonnell that for the newspaper and Makuch to release such information will doom the newspapers as a media business organization and Makuch as a journalist, because no one would ever confide in them again.
And if Judge MacDonnell still does not understand, ask him to go and spend three cognate years in a journalism school, where he will be trained about journalism and will then understand the danger he is putting both Vice and Makuch.
NEWS AND FEATURES
News & Features Around The World