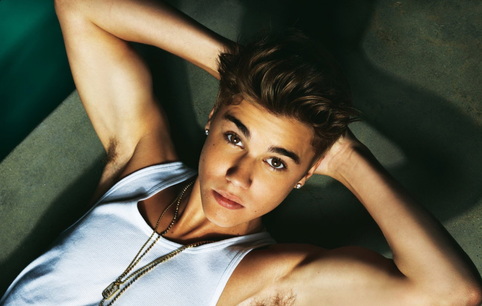 Bieber
Justin Bieber's home was reportedly searched yesterday; his friend was busted with drugs and was taken away by the police. Words making the round is whether Bieber would be be screened for drugs or not. This is short of saying that the young musical prodigy has landed in what seems another trouble, making it timely to publish a study of his media relations' effort undertaken recently.
The question people are asking is whether Bieber has grown up and if he has not, they say it is time he should to avoid an act that would teach him a lesson. The latest bust of a friend with drugs in his home serves as a reminder and worry for the singer's image.
One of Bieber’s latest song is titled ‘Bad Days. The song was released amid Bieber’s bad experiences during his tour of South American countries; a bottle was thrown at him on stage, left the stage abruptly with fans booing him and allegedly caught too close to a woman of easy virtue.
In May 2012, Bieber was wanted for questioning by police after a fight with paparazzi in Los Angeles. In November 2012, he called it quit with Selena Gomez, his long time girlfriend and over news about an unconfirmed impregnating of a fan. In November 2013, he was asked to clean up painting on the wall of an Australian hotel he had stayed during a performance during ‘Believe’ tour. There was a row over his lost laptop. Bieber’s personal reaction to public concern about him does not indicate care about media relation and his image, though his publicist may not be blamed for what seems like fast becoming an image problem among the adult population.
Bieber was reported as saying, “I don’t give f***,” about his antics. His publicist, Melissa Victor, declined comment about the painting at the Australian hotel. She also did not immediately return a media call over Bieber’s alleged threatening of a neighbor in November 2012. She said it was true that Bieber’s laptop was stolen over a laptop flap that became public. But in 2010, Bieber hired crisis management bigwig, Mathew Hiltzik of Hiltzik Strategies to handle the crisis over the accusation that he may have impregnated a fan, showing he was in deep trouble, a sort of saying his publicist is not doing enough.
People are saying that it is not that Victor has been working hard enough to save Bieber from his troubles, but that Bieber is getting into too much trouble. Bieber’s personal reaction to public concern about himself should not have been publicized. Celebrities talking to Bieber about his troubles and making it public does not help him. Most of the troubles Bieber found himself could have been avoided but as a child prodigy they were blown out of proportion. The allegation of sex backstage and the resultant pregnancy that is refusing to go away should have been avoided without sex in backstage. And now without someone throwing eggs and the need for the police raid, there would not have been a case of busting a friend with drugs.
Urinating in a mop bucket does not exhibit an adult character. It is true that Bieber is just 19 years. He started out at 15. The public expects him to be a role model to young people. He is adequately covered by the newspapers, television and radio. But the negative stories about him are competing fiercely with the positive stories.
Curious public seems to discountenance him as a child and his acts as childhood exuberances. As the public has begun to pay attention, Bieber requires reduced tendencies of getting into trouble before the public will begin to hold him accountable for his acts.