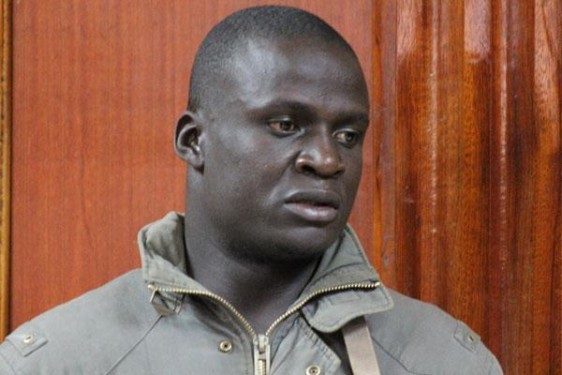 Alan Wadi Okengo (Courtesy: Kenya Broadcasting Corporation)
News report say that a fourth year Kenyan university student, Alan Wadi Okengo, has been sentenced to one year in jail with a fine of certain United States dollars. The reason for Kenya's judiciary's big stick against the student was said to be for an abusive statement he posted against President Uhuru Kenyatta, on social media.
Reports said Okengo was arrested while he made a spirited effort to get out of the country, through one of the country's land borders. Kenya's Daily Nation reported that Okengo pleaded guilty and that he said he was ready to personally apologize to the president, if he was not jailed.
In some other countries, the student's alleged offense may be overlooked as insignificant or as merely an expression of freedom of speech. But in others like Kenya, the student could be arrested as it had happened and arraigned in a court of law. This will naturally lead to discussions about media freedom and suppression of it.
What the development in Kenya would remind trained journalists and journalism students is the responsibility that goes with the use of the social media, and that there is nothing like freedom to abuse without a proof that what has been published is true. Leading to the the aphorism in journalism training that 'truth is the only defense in defamation.' it will also lead people to ask whether or not the student's statement against the president is true or false.
Another question that may be asked was why Okengo posted the statement, when he knew he would later apologize for indiscretion or for posting a statement he could not proof its truthfulness.
In part, the development explains the benefit of journalism training and availability of books like "Regulating Social Media: Legal and Ethical Considerations" by Susan J. Drucker and Gary Gumpert."
A chapter in the book, 'Toward a New Code of Ethics' written by Kelly Fincham, stresses the importance and the need to seek the truth, minimize harm, act independently and to be accountable in the use of social media, citing the Society for Professional Journalists' code, as a guide to avoid misuse of the social media.
Of course, Okengo being a political science student, would have had no access to the type of information in Fincham's treatise often referred as 'The Ten Commandments' in the use of the social media, and begins with an advise for anyone not to do anything stupid; to assume that everything one's posts is public, regardless of privacy controls and issue corrections quickly to correct any wrong impression.
The tops of the ten commandments is never to share or retweet anything that raises question about impartiality; to be careful about copying information from social media profiles and to do fact checking before sharing information.
Freedom of speech is expected to be exercised with discretion and high sense of responsibility, as there are  laws to avoid encroaching upon. And in the U.S., where the First Amendment is mostly used as a source of unguarded freedom of speech and expression, the Amendment protects political speech, and not careless statements that lack the truth and targeted to denigrate others.
NEWS AND FEATURES
News & Features Around The World