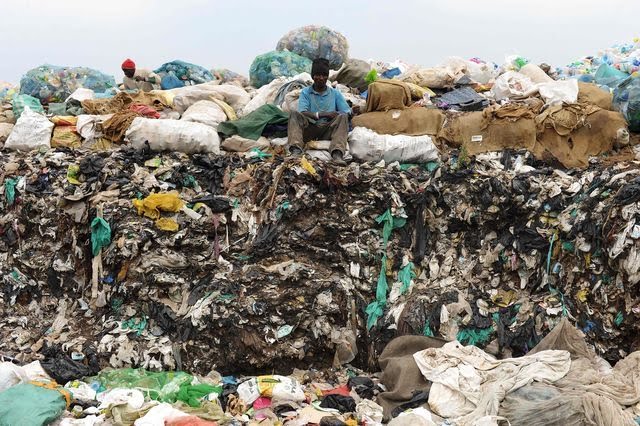 From Kenya over fight to end the use of nylon bags Courtesy: USAToday)
Will Kenya's Supreme Court annul the reelection of President Uhuru Kenyatta? No one can be certain, safe pundits whose political calculation is based on unscientific loquaciousness.
However, the fight over the election in the court room shows that anything can happen. And there is the fight against the use of plastic bags in the country and the violation attracts $38,000 fine.
Kenyatta's lawyers have told the court that their client have won the election clear and square. But the opposition has said that there are enough proves, which  it says the court has seen to justify its call for annulment of kenyatta's reelection.
On the side, the electoral commission says that the court should not annul the election on hearsay and rumors. The electoral commission's chairman, Wafula Chebukati, does not believe the court has seen enough prove against  the commission's performance to dent its image
. The ABC News reports that the electoral body has defied the court. The reports said that the electoral body had denied the opposition access to its computers against court's decision. The challengers, according to the news report, said that the servers contain evidence of hacking and altering of votes. Here is the electoral commission's excuse: "Muite said it took time to comply with the order because the commission's servers are based in Europe and the company that owns them is in the U.S. He denied officials had not given full access to the servers, but said the multi-layered security made the process start late," the report says.
Kenya does have a big problem considering the mountain of nylon bags as an eyesore. Reports said that it is not the first the government in Kenya will be declaring battle against the use of nylon bags, but there has been no time that government has won the battle. Will the government win the war this time? People doubt it. But one major war that all eyes are observing more than any other war is the one in the court room between Kenyatta and Odinga.
Kenyatta wants to be president for a second term, while Odinga too wants a chance to be president. Kenyatta said that he should be given a chance to complete the good works he had started. Odinga thinks otherwise. The electoral commission has declared Kenyatta winner of the election. Odinga has challenged the election's results in court. The ball is in the court's room to decide how the fight will end.
NEWS AND FEATURES
News & Features Around The World