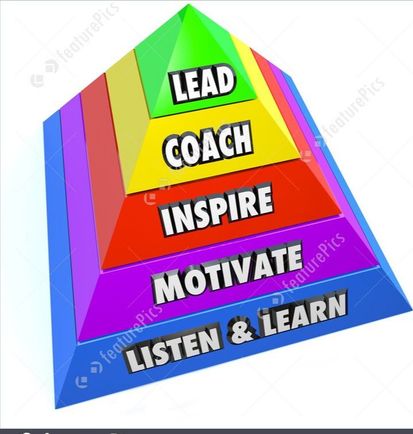 Courtesy: Featurepics.com
"Uneasy lies the head that wears the crown" is a common saying among Africans in Nigeria about leadership. People believe the saying represents a direct reference to the enormity of responsibilities of leadership, emphasizing uneasiness associated with lives of people who are leaders.
These days everyone wants to lead and there seems to be no one who wants to follow, because people think that leadership is a cup of cake. But destiny does not allot all to lead. Few people lead and vast majority follows, like it or not.
In old days, some families had the torch to lead and they belonged to what was called a ruling house or ruling houses. Whoever is next on line was picked and did not matter whether whoever emerged as a leader had necessary leadership attributes. Consequently there were kings who committed suicide, overthrown left with curses, while ruling houses fought unleashed terror against one another, over succession matters..
Modernism has made education prerequisite for leadership. Rulings houses have died and where ever they still exist may not belong to the center of national power. Aside from education, the scripture offers certain qualities like temperance, generosity, humility and vision among others and that a leader must possess, including manifestation of ability to manage his own home.
Meaning that capable parents can be regarded as leaders in their own homes and can be called upon to manage a bigger entities. Some parents have been successful in managing their homes and others have been unsuccessful. For example, no sane parents will sleep with their eyes closed with members of their family unsure of the next meal. Parents strive to provide beyond meals for their families. They also provide shelter and clothing as well as education. It means parents work hard to earn enough money to meet the household needs.
A father who cannot provide sufficiently for the household hardly enjoys the wife's respect, while the children's respect will come grudgingly too. No child wants to live in hunger or be homeless without education. Yet, there are families that have fallen by the way, unable to make provisions for the families needs, for one reason or the other. One notable trend is that the society abhors family problems traceable to the head of the household's laziness and unwillingness to sacrifice time and strength to help his family.
Therefore, every leader of a family is expected to be ready to do everything, excluding stealing, to provide for the family. The same is applicable to leaders of nation states. Today, people are saying it loud that some countries had hard working founding fathers, who had built solid foundations for their countries, while some other countries' founding fathers had wasted the opportunity in their own countries.
But people who have knowledge about human struggle say it is never too late to turn around a bad foundation, even if it is necessary to pull down whatever may have been built on a weak foundation to rebuild the foundation on a stronger ground before building on the anew. This is the challenge many countries that have lagged behind in political and economic development around the world are facing. And the challenge is directly to those who are fortunate to be leaders in those countries., if leadership, with the headache that comes with it, can be described as a fortunate undertaking.
The determination inherent in the attitude of the leader of a family to ensure members are fed, clothed, sheltered and are sure of protection against bad weather, is what many of the leaders of the backward nations of the world lack. They believe that leadership is all about winning elections and celebrations, affluence and protection around themselves, and defense against disadvantaged people's ire. They don't seem to believe that leadership comes with responsibilities. And that leadership is like a case of a child, who says the parents would not sleep, the child also will not sleep.
It is beyond human comprehension how leaders in certain countries can sleep with millions of their citizens unemployed and unsure of the next meal. Should not those leaders know they are required to work sleeplessly, until they are able to solve their countries' problems, and that leadership is not eight hours job? Ironically too, modern political parties are turning to some sort of ruling houses.
HTML Comment Box is loading comments...
NEWS AND FEATURES
News & Features Around The World