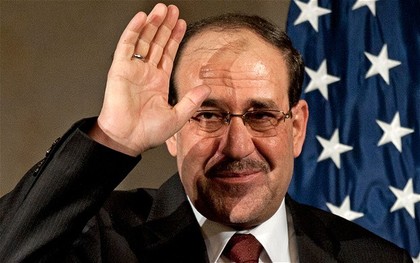 Iraq's PM, Nour al-Maliki
The prime minister of Iraq Nour al-Maliki has suddenly woken with a right-about-turn on where he will prefer help against invaders of Iraq. It is about diplomacy and what is happening around him.
Syria is an ally of Russia and Russia has helped Syria threw off the Western powers intervention when Bashir al-Assad was accused of having used chemical weapons.
Many observers have also said that Russia's Vladimir Putin is Assad's backbone. And suddenly, al-Maliki will prefer Russian and Belarus planes to fight the jihadists.
What happens to his request for the United States' air cover? No, prefers planes purchased from Russia and Belarus to be delivered in a number of days to deal with his nemesis than wait with uncertainty and the US foot-dragging amid uncertainties. Does anyone wonder why Syrian forces are bombarding the terrorists from the air with Maliki saying he has not asked for it, but welcomes it at the same time?
NEWS AND FEATURES
News & Features Around The World