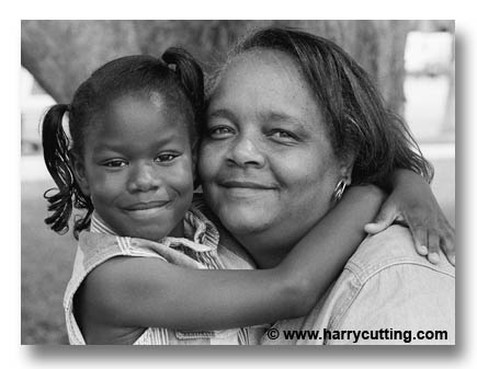 The 41 bus pulled up at a bus stop on Atlantic Avenue over looking Flatbush Avenue and the Barclays Center in Brooklyn last Saturday. The weather was cold. It was in a bid to catch a van to ride after emerging from the subway following sudden realization that the Q Train had been cancelled for the evening. A final decision was made to ride in the City Bus as a way to save $2.00 that would have gone for a van.

Soon after settling down in the bus, a woman and her young daughter of about 7 years of age stepped into the bus around 7 Avenue Station.

The woman had a handbag; a cup of Star Bucks coffee and the daughter her own hand bag. The mother chose a seat and sat with another woman in the middle of the bus, but her daughter declined a seat. She told her mother clearly that she did not want a seat, despite availability of seats for her to choose from. She gave her handbag to her mother to hold for her, and the mother took the bag from her.

The child not only refused to sit but chose standing close to the line that barred passengers from the driver’s cabin. Without uttering a word, the mother used a sign of the hand with her right hand and ordered her back to the middle of the bus close to where she sat, and beamed a smile of joy to her daughter’s obedience. And the jolly ride by mother and child continued with the daughter dancing to her mother’s excitement.

When her dancing became somehow too powerful and seemingly turning to a show, the mother with another sign of the finger and disapproving eyes slowed her down; followed by yet another powerful dance steps mimicking the ballet dancers and the mother’s disapproval with a vigorous shake of her head was not hidden. The daughter complied and the mother beamed a joyful smile again.

The girl continued dancing the ballet in slow motion; the mother watching her with the side of her eyes and smiling, momentarily sipping from the cup of coffee in her grasp and creating an inspiration for passengers about a mother watching an obedient child doing what she likes her to do and not over the top. To the joy of the woman, the child suddenly turned from dancing to counting the numerals in Spanish.

The mother joined in the counting and a little lively argument over the pronunciation of ‘Siete’ and Ocho’ - representing ‘seven’ and ‘eight’ in Spanish numerals was the last engagement between mother and child, when the reporter stepped out of the 41 bus at his final destination, leaving the mother and child in their joyful bus ride.