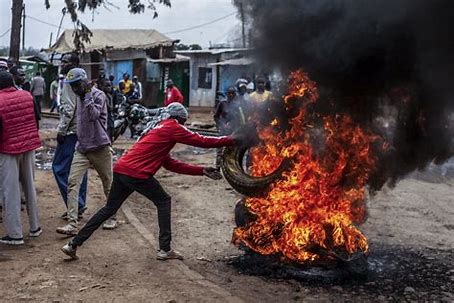 Ted Cruz
Ted Cruz was out of the limelight for some weeks after his bid for the White House ended, but  returned briefly at the Republican Party's convention, where he caused some sensations and messed things up in efforts to clarify his position to his party, his wife and father.
It was epoch making seeing Cruz congratulated Donald Trump. It was equally epoch making hearing Cruz saying or approving the building of a wall to keep the country safe and equally epoch making to hear him that he would not vote for the candidate of the opposing party.
But observers know that it is possible for cruz not to vote for the candidate of the opposing party and for him to vote for someone else without voting for his party's candidate, because there are two independent candidates in the line up for the elections. It is from this reason that his party's supporters begin to see the insincerity in Cruz's freedom speech at the party's convention in Cleveland.They only managed to hold their peace to the point, where Cruz said voters should vote according to their conscience.
After he was booed and went away, Cruz returned the following morning with a lecture for the Texas' delegation at the convention about freedom and how parties win elections or how elections are won. Listening to Cruz, one finds him as incoherent and confusing and one wonders why so much time has been been given him to speak at the convention or why he himself chose to be there at all. Would not it have been better to have a divided house than having a house you think is united, but is in the real sense still divided?
Didn't Trump win the primaries in spite of all the divisions and manipulations against him? Cruz response to the party's supporters booing him for not clearly endorsing Trump was that he congratulated him, which was supposed to mean that if he had congratulated him he had equally endorsed him. But the party's supporters who booed him knew the type of politics politicians of Cruz temperament play. After he said he had congratulated Trump, he asked why should he be expected to endorse someone who had abused his wife and father.
Cruz said he is not a puppy dog, who would do anything without considering certain acts of the past. Meaning that Cruz said he had not forgiven his party's nominee and that the party's decision for allowing the nominee to be is the party's and not his and that he is not a party to it. One stout defense Cruz offered against those who booed him was that he was not a party to those who attempted to cause commotion on the floor of the convention.
How could Cruz exonerate himself as not part of those who attempted to cause commotion on the floor of the convention, when he himself was at the convention unforgiven of the past acts against the nominee? It was good to hear Cruz said  that some people attempted commotion on the convention floor but they were unsuccessful, just as all conspiracy and manipulations against Trump were before he got the required number to be the winner of the primary and before the convention.
It was the type of act that Cruz put up that made a section of the media concluded that Cruz snubbed Trump, rather for this section of the media to say that Cruz manipulated Trump again. It would have been right to use the word 'snub' if Cruz had  stayed away like John Kasich did. But just as Marco Rubio could not snub the party and the convention, just like Cruz too could not, and the  manipulation of the situation continued.
But Rubio was more matured in his manipulation. At least, he spoke through satellite and urged his supporters to vote for Trump without opening of the past injury. And this reporter would have no reason to tie Rubio to political manipulation if Cruz had not caused a row after his speech by going to address the Texas' delegation, where he attempted to justify his congratulatory remark to Trump, but ended talking about the abuse of his wife and father as the reason he had chosen to be exclusive from the party's momentum toward unity.
There would have been no reason to give thoughts to Cruz and why he may have been booed by his party's supporters, given his congratulatory remark to his party's nominee without his later confirmation that he was a sour loser as he was described in the media. But some people ask about who is Cruz as to whether he is not human and why so much attention to his politicking? They say his party has moved forward and he should too. or may be he would when Trump wins the election with another congratulatory remark for endorsement.
NEWS AND FEATURES
News & Features Around The World