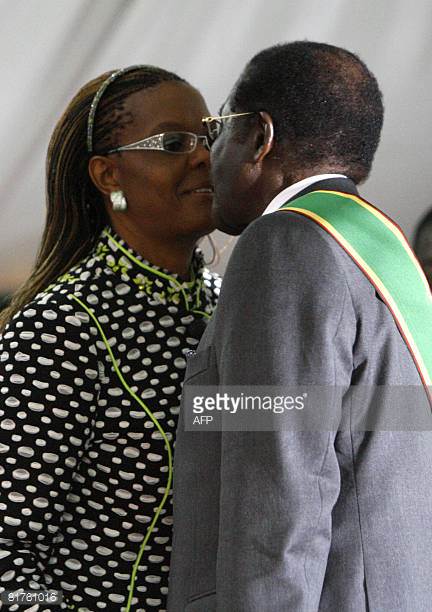 Robert Mugabe has fallen as we all have known. He could not have anticipated two weeks ago that his fall could come with one decision to favor his wife. And when the crisis began to erupt over his decision to favor his wife to succeed him, he would have asked about what he may have done wrong, but he would not have got an answer.
He would not have got an answer, because the thought that he was the supreme power in his country and that no one could challenge his power would have clouded his cognition. It was the reason he said in a public address to the country that he was not stepping down and that he would still chair the anticipated ruling party's conference.
Mugabe hardly knew what had happened to him until he saw a large crowd of Zimbabweans on the street demanding his resignation. It was at that moment he would have started to see that most Zimbabweans were not happy with his performance in office and he had merely been forcing himself on the country all these years.
He could say that the army had usurped power by asking him to quit, but what about the people who had approved the wish of the army? And what thought did he harbor about his party that was attempting to throw him out of the boat, if he failed to quit on his own? he certainly must have reading newspapers, listening to the radio and watching the television along with his wife and core supporters.
How did he arrived at the decision to thrown in the towel and that enough is enough? Did he tell his wife it was time to quit the stage and retire home and not worry about Zimbabwe any more? Whom did he ask for paper and pen to draft the resignation letter pr was the resignation letter drafter for him and was merely asked to append his signature?
What trouble did he went through arriving at his decision to distance the pomp and pageantry of the state house, a culture he became accustomed for 37 years? Did he call his children and asked them to join the family in his official residence during another  tense moment of his life, given the fact that he was used to rancorous moments as a fighter for independence against colonialism? Had he become used to the loss of power before the resignation or the loss of power damned on him after the resignation or the morning after?
One can guess that after the resignation, himself and wife and supporters realized the game was over and it was time to disperse, while he and wife retired to the cocoon of their home. The first thought would be the home belongs to the people and they have been there as guests to the people and now that they are out of power, they may have to embrace an arrangement for s accommodation. How long do they have to stay before moving out to a new home?
A new home that may not be as elegant as the one they will leave behind. And this will depend on how wealthy Mugabe has become, while in office. And when he looks out of the window or watch the television and sees how people dance and thank their creator for his resignation, would he not turn to his wife and say "Darling, see what your ambition has caused me." And the wife may say, "Darling, forget about them as we always do, and let's live our life in love as we always do."
Comment Form is loading comments...
NEWS AND FEATURES
News & Features Around The World