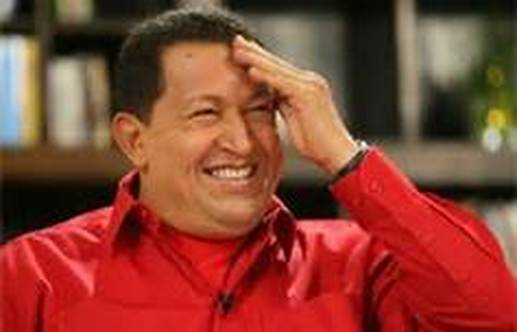 Venezuela’s Information Minister, Ernesto Villegas, reveals
for the first time on Thursday that Hugo Chavez is fighting
severe lung infection, causing respiratory insufficiency.
Observers say Chavez’s condition may be worse than has
been admitted by his aides, creating curiosity about similarities
between Venezuela and Nigeria. Nigeria is a country in West
Africa, and Venezuela is located in South America.
Apart from the difference in location, the two countries are
almost alike. Both are oil producing countries, oil rich, popular
in their respective hemisphere and struggling to get their
political acts right. It isn’t the end of similarities between the two
countries.
Hugo Chavez, the commander of Venezuela's Socialist
Republic Is currently receiving medical attention in Havana
Cuba, uncertain if he will be able to show up for inauguration of
his fourth term in office. His absence from the country is
already causing political hiccup among his minions and
opposition, uncertain about what to do in case Chavez cannot
make the inauguration.
Just a few years back, 2009 to be precise, before the
transition to the current administration of President Goodluck
Jonathan’s in Nigeria, Nigeria experienced the same political
hiccup, the type Venezuela is having now, when President Umaru
Musa Yar’ Dua became ill, left the country to Saudi Arabia on
what turned into a long voyage during which the country’s
governance suffered.
Nigerians have sought to be told the truth of Yar’ Dua’s health,
just like Venezuelans are asking to know about Chavez’s
condition today. But Yar’ Dua’s minions in the palace at Abuja
kept the truth of his health from Nigerians, just like Chavez’s
men did before they eventually opened up about the severity of
Chavez’s condition.
They kept the information to themselves and told the public what
they wanted the public to hear. Yar’ Dua guys told lies to the
public, believing they could manage the country with their whims,
while they awaited the president’s recovery from an illness that
had eaten deep into his brain. And unknown to Nigerians their
president had lost consciousness, while his minions stage
managed video interviews showing the president was conscious.
Today, Venezuelans don’t know the Chavez’s actual state of
health after his December 11 surgery in Cuba than
his minions have admitted after a suspensive silence resulting
in public speculations.
According to the BBC, Messrs. Maduro and Cabello, the
two fellows who had traveled to Cuba and saw Chavez said he
was strong and he discussed Venezuela’s politics with them. But it
is unclear to them if Chavez will be able to attend the swearing-in
ceremony on January 10, and the procedure would be if he is
unable.
. Mr. Cabello is reported saying that the ceremony can be
delayed.But the opposition sees such decision as unconstitutional.
It says there has been no independent reports of the Chavez’s
condition. Caracas mayor, Antonio Ledezma suggested a
commission travel to Cuba for a report on Chavez’s health.What the
commission will be going to confirm about Chavez’s complication,
which Chavez’s minions have not told Venezuelans is the fear that
the commander’s condition may be worse than has been revealed
by his minions.
No one wishes Chavez incapacitation, but if it happens, since
humans are powerless over life, what are Venezuelans do in the face
of Cabello 's contemplation of short-circuiting the constitution?
Maduro says Chavez can rule without oath, touting provisions of the
country's constitution, and that Chavez has the right to recuperate
after surgery. The opposition has countered Chavez's minions that the
letters of the constitution and the role of the Court will be final arbiter.
The argument continues in Venezuela like in Nigeria of Yar' Dua's  era.