News Around The World
Published: 5 January 2012 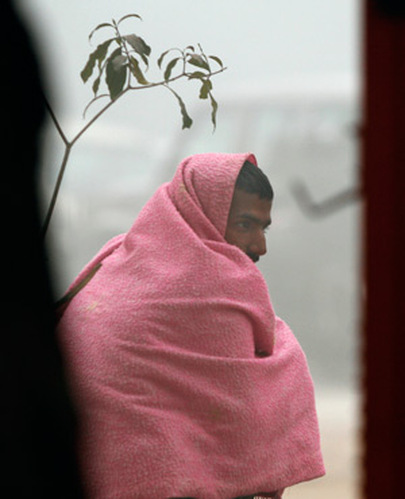 Wrapped in a shawl in Allahabad, India (AP)

Nigeria
A police station in Song, north eastern region of the country, was reported
razed by men suspected as members of the dreaded Boko Haram sect
that declared war on the country. The fire claimed four lives, and among
them was a soldier, a civilian and a child.(BBC)

India
Over 100 people died of exposure to cold snap as northern India freezes.
Police reportedly confirmed 114 deaths, many of whom were poor people
found on sidewalks. The weather was at 4 degree to 10 degree below
normal. (News 24)

Sudan
Leaders of Sudan and South Sudan, plans to meet to address disputes
that nearly pitched them in a war against one another, following South’s
independence in 2011, because of clashes over a disputed border. (BBC)