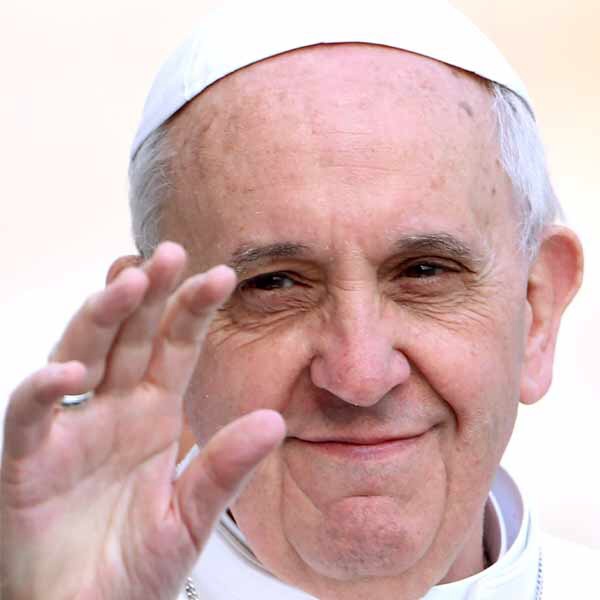 Pope Francis is coming to New York City and will also be visiting Philadelphia. Plans are at top gears by City officials in New York to give the Pope a rousing welcome. But one thing is causing a concern is about how to ensure that Pope's visit does not encounter any security problem.
Sure that state and city officials are working round the clock to ensure nothing happens to the world's Pope, in the what Mayor De Blasio has termed the world's capital.
Everyone in the city will like to physically meet and see the Pope, but very few will have the opportunity. It will be a case of many who are called and in which few are chosen.
For example, many people are already debating whether or not the Pope will visit the Times Square and be welcomed by the topless women there. In the same way that they welcome all visitors, embrace and do the cheek kissing in exchange for money.
Another group that people wish that the Pope should be allowed to see and for prayer they need for strength and ability to wade through the challenge of living in a city with increasing number of homelessness are the homeless people, whose number in the city has recently surged. But people are saying, in fact already betting that those homeless street would be found places to stay before Pope's arrival here.
Why should the Pope be given the inconvenience of seeing a city's dirty linens, when such linens can be tucked away to avoid a August visitor seeing the mess. Undoubtedly, everyone who want to see the Pope will do so on the television, many of which will have the grace to cover his eminence. The show will be immense on the television., being the opportunity many will have for a glimpse of the Pope, different from those who can wade through the crowd to attend the open mass and fearless of size of the crowd.
The Pope will arrive here in New York City on Thursday, September 23, apparently on weekend, when one should expect a lot of extravaganza. Workers pocket will be full, because Thursdays and Fridays are cheque days for most workers. The bars and the saloons will be in full swing, and there will also be money for the tithing and offering. People are saying it is better that the Pope is coming on weekend and not on Monday or Tuesday, when people will be dry and the bars and saloons will not have enough clientele to discuss he Pope.
Already discussions about the Church, the Pope, the position of the Pope in the Church and the Catholic Church, have begun. In these discussions, the history of the Church and schism in the Church, how the schism has affected the Church and why the Pope is no longer seen as the head of the Church, but just the head of the Catholic Church is breathtaking. Alex Soifils, a Brooklyn native and a long-time of the Catholic Church wanted to impress it on his an audience that the Pope is the representative of Jesus Christ, he met with antagonism from those who said the Pope is the head of the Catholic Church and not the entire Church, therefore cannot be the representative of Jesus Christ.
Baldwin Scotland, a native of Guyana and a resident of Brooklyn said he has already spoken to the Pope and that he is awaiting his arrival in New York City. Doubtlessly, it will be carnival-like in the city when the arrives here next week into the financial and fashion capital of the world.