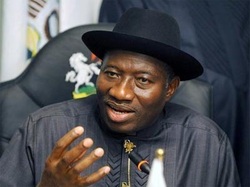 The Nigerian Medical Association, NMA, has issued one week ultimatum to the federal government for infrastructural improvement in the nation's hospitals and for improvement of doctors working conditions.  The doctors reached their decision after a conference in Minna, Niger State. Dr. Osahon Enabulele announced the NMA's decision.
According to news reports emanating from Nigeria, the doctors have given government till Wednesday when it will begin its one week warm up, and if after one week the government does not meet its demand, the association will embark on an indefinite strike.
Coming immediately after the ASUU got N200b for the universities infrastructural facelift, people are saying that the doctors to want to use hospital infrastructural facelift to seek better working condition.
Based on past administrations' neglect of vital sectors in the country to cater for the peoples' welfare, Jonathan administration has no choice than to tackle the Augean Stable he inherited.