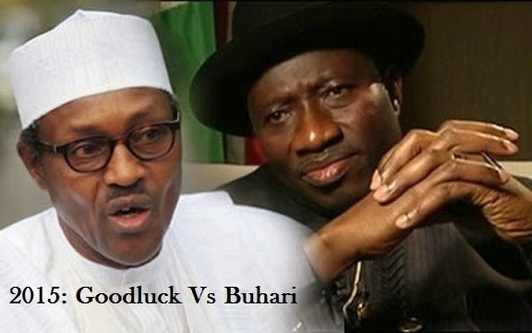 Will the battle by Nigerian political chieftains to wrest power from one another lead to peace or pieces? This is a question that confronts Nigerians and political observers as news report announces one of the political chieftains saying there is a plan to eliminate him.
Virtually all major newspapers in the country reported today that Bola Tinubu, a leader of the opposition party, All People Congress, APC, spoke through his media representative that the ruling party, People Democratic Party, PDP, has drummed up several plans to silent him and that the party's ultimate aim is to eliminate him, because according to him, he has constituted a bane at the party's continued rulership, because he is behind the stout opposition the party currently has.
The ruling party through two of its officials has described the opposition's  chieftain as suffering from hallucination and that they believe he is paranoid. But this development has Nigerians talking about the present and nation's past political experiences, political murders and those they suspected in each of the cases. The irony is that Tinubu himself is not free from suspicion that he may have known about the murder of a former political figure in Lagos.
The current uproar has also drawn the name of the former President Olusegun Obasanjo into the scene as having knowledge of the elimination of a former attorney General, Bola Ige, because according to respondents commenting on Tinubu muder cry reports,  they say Obasanjo rid his government of Ige, because Ige was more popular politically than him in the Western part of the country where they both hailed, and where Obasanjo has been fighting for political domination up to this day.
Is it true that someone wants Tinubu dead? Newspaper reports said Tinubu did not back his claim with any evidence other than that he said the government had approached him for him to be appointed Vice President in an interim government and because he had rejected the offer, he believed the government was up to emasculate his party in whichever it can to ensure its victory in the coming elections and that part of this plan is to use trained snipers on him or outrightly eliminate him.
Some observers see Tinubu as politically motivated as a way to push his party out of a hole, which media criticisms have placed the party from exposing Tinubu's sources of wealth and that he actually had bought over Lagos, and over which Tinubu had resorted to the court of law, suing one of the nation's private television stations for billions of dollars. Some Nigerians say Tinubu has a right to cry out of an unsubstantiated plan to eliminate him because Nigeria has a past history filled with unresolved political assassinations.
Truly, these political assassinations were all centered in the South West. Funso Williams was killed in his home in Lagos; Bola Ige was killed in  his home in Ibadan and Basorun MKO Abiola resident in Lagos died in military custody following his protest over his annulled presidential election he won in 1993. The unresolved assassination of Williams in Lagos is what Tinubu has said the government plans to drum up renewal of investigation to incriminate him and drive his party's popularity aground.
(To be continued)
NEWS AND FEATURES
News & Features Around The World