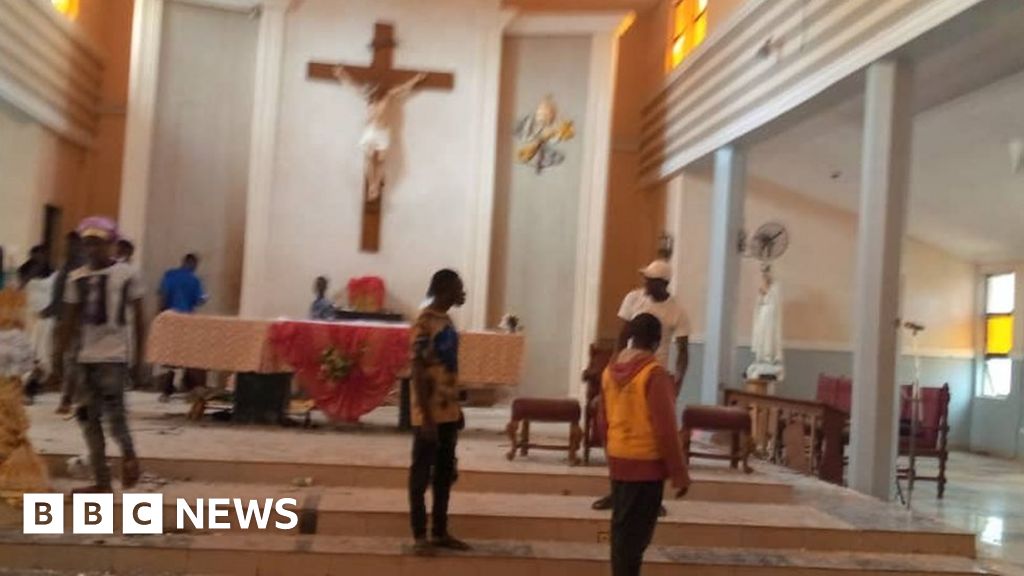 More than 70 people are reported dead at a Catholic church from murderous attacks by some villains who have laid siege on the country for some time, killing, kidnapping, and terrorizing innocent and law-abiding citizens. It is a perfect scenario of the breakdown of law and order. People go to church to seek solutions to problems and believe faithfully that God watches over them for protection and defense.
The Fulani herdsmen/SIL have reportedly claimed responsibility for the killings, whose victims include children. It is trouble on a Holy and a reminder of the title of a famous play, "Murder in the Cathedral" by T.S. Elliot. The difference between the killing of Archbishop Thomas Becket in Canterbury Cathedral and the mass murder in the Catholic Church in Owo is that Elliot's work was drawn on an eyewitness account. At the same time, the event in Nigeria was reported worldwide.
The religious attack on innocent worshippers in Owo has brought the case of religious killing cases in Nigeria to the fore. Historically, the trouble in Nigeria began way back with an effort by Fulani warlords in their conquest stride to take the Quran to the Atlantic Ocean in the bid to convert a large portion of the Nigerian population to Islam. The expedition was aborted in Ilorin. The Fulanis' plan seeks to have political control of Nigeria by fire by force.
Boko Haram is the modern version of the onslaught and continuity of the former expedition before Nigeria's independence. The Harams' kidnappings and killings began in the Chad region and slowly spread to the north-central part. It has become a nationwide phenomenon as criminals of all shades and colors have joined the bandwagon of criminality. Making the country ungovernable.
Goodluck, the first name of former President Goodluck Jonathan, became Badluck when Haram's evil first reared its ugly head during his administration. His government's inability to tackle the Augean Stable was one of the significant factors that caused his reelection loss. Muhammed Buhari used the Harams' overrunning of the northwest part of the country by the evil as a campaign weapon against his opponent. Ironically, the evil has festered beyond control under Buhari. Nigeria has turned into a killing ground.
Nigeria's presidential election comes in 2023 when the breakdown of law and order under Buhari will be a significant campaign issue. Although the herdsmen/SIL has claimed responsibility for the killings in the church at Owo on Sunday, many Nigerians believe that Nigeria's problem is much more than Boko Haram's insurgence. There are also criminals at all levels of government. There have been allegations of these herdsmen/SIL as the instruments and handiwork of faceless politicians.
The Nigerian situation seems to have turned ugly from independence. The political dam broke six years after independence with a military coup with allegations of corruption against civilian leaders, and four leaders were killed. A civil war ensued shortly after. The war's end ushered in another evil era of ceaseless armed robbery, and leaders' pen robbery continued. Nigerians no longer trust their leaders. The fight is to stop the murderous attacks from religious criminals, other criminals, and leadership criminals.