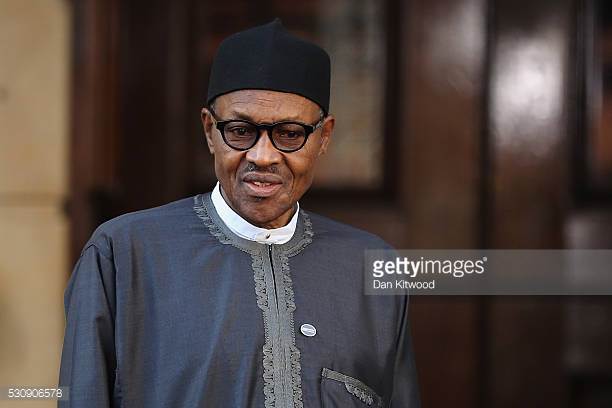 President Muhammad Buhari
When a government decides to code name a military operation, choosing "Python Dance 2" against the people, the trouble such a development can cause, is being witnessed in one of the states in the eastern part of Nigeria.
Questions are being asked as to why a government should send soldiers to do what is essentially police work, to arrest kidnapping, assassination, banditry and secessionist activities? Is it only in the eastern part of the country that kidnapping, banditry and assassinations are happening?
The answer to the second question is that kidnapping, banditry and assassination are widespread all over the country. The only one thing that the world knows is happening in the eastern part of the country is secessionists' activities in respect to the popular demand of people there, for a separate Biafran state. And it is the only reason observers assume has compelled the Nigerian government to soldiers there, but using kidnapping, banditry and assassination, as camouflage.
Whose idea it is for soldiers to put their boot on the ground against citizens of the country, when a war has not been declared by the secession ideologues and the soldiers are needed to quell an uprising?  Already, it is in the news that the senate leaders from that part of the country have described the idea to send soldiers to the community as ill conceived.
The Premium Times reports, “We had hoped that our ongoing engagement with the group would be given a chance, but here we are with a hurried military action deep into a highly populated area with high propensity for casualty, which occurrence would rather escalate the already tense situation. It is more worrisome that military operation, ‘Python Dance 2,’ restricted to the South-east in a peace time, has no doubt fouled the environment and sent strong signal that the region is under siege, which should not be so in a democracy."
However, the senators committed a gaffe urging the military to de-escalate. The statement should have been directed to President Muhammad Buhari - commander-in-chief of the armed forces. Members of the military have no power to do anything, if they have not been commanded by a superior power to act. The state government also spoke with double tongues, instead of calling on the Federal Government to withdraw the soldiers and allow the police to do their civic duty.
The state government said in a statement, "Abia is a component State of the Federal Republic of Nigeria and subscribes to the supremacy of the Constitution of the Federal Republic of Nigeria and all other extant laws.”The state however said: “While the Government of Abia State recognizes the right of the Nigerian Army and other security agencies, to perform their statutory duty of protection of lives and property of Nigerian citizens, such duties must be carried out within acclaimed Nigerian and international standards of engagement with the civil populace, with due respect to the human rights of citizens and sanctity of human lives.”
Observers believe that whoever has sent soldiers to Abia State, thinking it is the best way to address the issue of secessionists' activists needs a lesson in modern democracy and ensuring the rights of man.