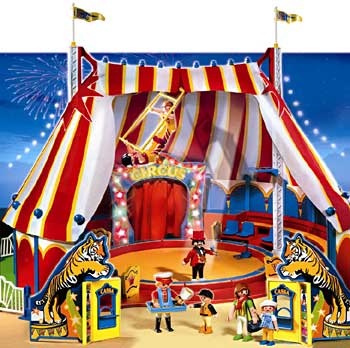 The world as a circus (aljwebsites.net)
If humans have their ways, no evil will be perpetrated on earth. This is psychological for humans avoid anything that will create discomfort to them, but careless whether their avoiding discomfort create discomfort for others. Good and evil struggle for space with humans as victims of their competition, and some highly placed humans act as instruments for the  perpetration of evil from disagreement that can easily be resolved or forsaken. But no way, their must be a victor or vanquished and the rule of law are trampled under the feet.
The first evil according to the scripture happened when Cain killed his brother Abel out of jealousy. He thought no one saw his evil deed, but the creator called Cain and asked him about his brother, Abel. Cain dodged the question by saying whether he was supposed to be his brother's keeper. but the creator who saw what had happened pronounced judgment upon Cain. But the world has never stopped like the ticking of a clock; like day and night, the sea and the sky.
Imagine all the evils that have been perpetrated after Cain slain of Abel; God's concern about the evil in human's heart, the resultant destruction and God's convenant never to destroy the world again.
In Stephen Crain's "The Red Badge of Courage", the author said that soldier the youth soldier was astonished at the blue, pure sky and the sun gleaming on the trees and fields and surprised that Nature had gone tranquilly on with her golden process in the midst of so much devilment.
The world had witnessed a war in Iraq and Syria with millions of souls perished. When the world thought Iraq had overcome its troubles after the elimination of Saddam Hussein, insurgents continued their killings. And now the ISIS members say they want to establish their own kingdom with renewed warfare and re-opening of danger to humanity.
Meanwhile, events in Ukraine has become near a civil war situation, with world powers waiting to slug it out. Before Ukraine's trouble, a whole aircraft had disappeared from the air between Malaysia and China, and no one up this time knows its whereabouts and all its 239 passengers.
As if the disappearance of the aircraft was not sufficient evil, another plane flying over Ukraine with 298 passengers was blown apart with all the passengers. Evil has become like entertainment or a show. It never stops. It is like a source of well being for perpetrators. A reminder of how people like to watch magicians demonstrating their acts, but few want to listen to a sermon about good, which a Nigerian musician named Ebenezer Obey Fabiyi turned it into a song that wherever you see a magician, a deluge of people will be watching the show, but where a sermon about God is preached only few listen. So much for entertainment or shows today as the highest source of income.
Of course you can hardly sell as an entertainer today without going to the extreme of showing part of the anatomy that normally should be concealed. Being an entertainer is the best source of wealth; and entertaining with extremity is the best way to get a breakthrough and remain on top of the chart, because money is king.
People say money is the source of all evil in allusion to the scripture, yet we all are running after money to be rich. Without money and excess of it, some people think life is miserable. Even pastors have forsaken poverty as an act of cruelty. No one is waiting to get to heaven to enjoy the heavenly bliss. The bliss must begin from here. If you don't have money, the family does not recognize your essence. And if you are not a celebrity, no matter what you do, you have not arrived.
Christopher Marlowe's Doctor Faustus is alive today with everyone running a race to become a celebrity and peddle influence. It is all that matters, service is secondary. It is a world on wheels; always on the move and where nothing is static.Middle Ages and Renaissance and all before them have passed. And would this not pass away?
God was not wrong when he lamented he had created humans and the thought of his or her heart is continually corrupt and evil. And whoever devised the use of money had merely turned the faucet of corruption and evil for wider circulation. Just like technology is currently threatening the world with some people benefitting from it, the love of money sets the pace, and technology is merely riding on the evil that money has created.
Whoever is not strong in the race here is trampled upon and left behind.
NEWS AND FEATURES
News & Features Around The World