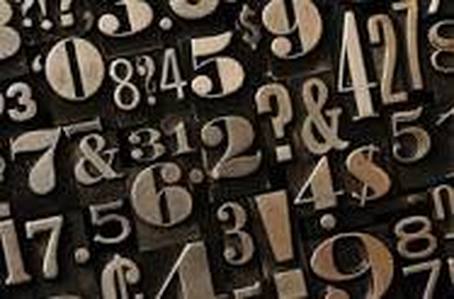 Numbers and understanding their relevance is important to human life, since without it there will be no way of knowing anything about our worthiness, gains and losses. Some of us are good in counting numbers and some of us are poor in it.
Since the last election in the United States, during which the issue of wrong polling matter arose and no one saw Donald John  Trump looming larger than his opponent in the battleground states, the issue of correct counting and wrong counting has dogged our paths, questioning our mastery of  numbers
After the election, the liberal politicians and their supporters have become fond of letting the Republicans know that Hillary Clinton won more popular votes, three million more than Trump, and the Conservatives are quick to remind the liberals that Trump won more numbers in the battleground states and that it is what Constitution says that winner of higher number in the battle ground states becomes the president.
And Conservatives are glee in scoring a point in showing that that has made Trump the president and that he has just been sworn into office as the 45th resident of the U.S., to prove the legitimacy of his election. They say the inauguration matters to prove the legitimacy.
Now, two days after the inauguration, the number matter and the issue of populism are about causing a new row, the issue about has won the election and its legitimacy behind us. Observers think that Trump should savor his hard won victory, than getting involved in the argument about the number of the people in attendance at his inauguration.
The Conservatives say the liberals has begun the argument about numbers and that they are certain that the number of people in attendance at the inauguration is  more than as the liberals have put it. They say it is about popularity and they want to say Trump is not popular and that his presidency not legitimate.
The White House is quick to remind the liberals about what issues concerning polling by the media, which misses to see that Trump could win in the battleground states. And today Dan Rather, formerly of the CBS News, has begun his number game about the truth and otherwise, without considering the polling mistakes and the election, and talking about the perfection of professional counters to argue against the White House and in favor of liberals' position.
Some observers are already saying that it looks like Rather has just arrived from a journey to a distant land and he is not or may not be aware of the wrong polling and the election. Others are saying Trump's victory over his enemies, at this point after the inauguration should not about numbers, but that the inauguration without numbers, has legitimize his election. Clinton was at the inauguration. She shows she has no issue with her opponent,the winner of the election and the election's legitimacy. Period.
NEWS AND FEATURES
News & Features Around The World