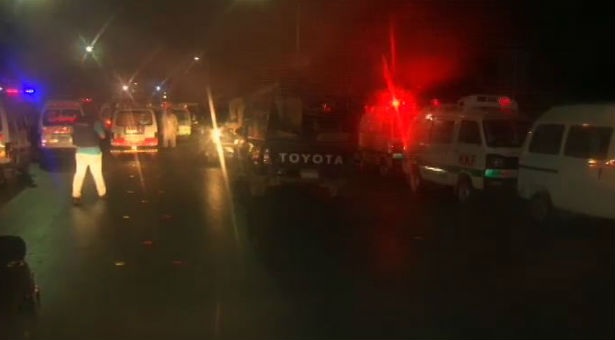 Part of the Trouble spot at the airport (Courtesy: www.thenews.com.pk)
About 28 people were likely to have been killed at Karachi airport in Pakistan on Sunday, following a terrible gun fight with terrorists, latest information has revealed.
The Pakistan Taliban terrorists have also claimed responsibility for the attack, according to a BBC report.
Pakistan officials said on Sunday that gun men who attacked the airports numbered about 10.
The airport was sealed off, and armed soldiers near the airport called into action, the New York Times reported. The airport was reopened on Monday.
NEWS AND FEATURES
News & Features Around The World