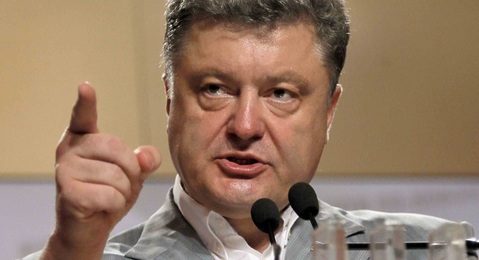 Poroshenko
Petro Poroshenko is president of Ukraine. He came into office amid rubbles of war. He has been demonstrating rare love for Ukraine and Ukrainians, in his conduct of the war against separatists in the East of the country.
Once he sought a corridor for civilians to escape from the war ravaged part of the country. Recently, he was said to have entered into a truce based on an agreement with Vladimir Putin of Russia. People say Putin lacks the right to discuss ceasefire unilaterally with Poroshenko, and that Poroshenko should not have allowed it to happen with Putin.
Some reports said that the two men almost denied or denied the discussion between them. No matter what, there is a ceasefire in place, though with fears it may not last. However, Poroshenko's reported discussion with Putin about how to end the war in Ukraine with Putin should be seen from hindsight of a leader, who wants to save his country and his people from avoidable damage.
It is all about tact and Poroshenko does not lack it, unlike leaders like Saddam Hussein and Bashir al-Assad. Hussein had opportunity to plead with the American leaders that he knew nothing about the attack on the country, and that he wanted the war averted. But he insisted on taking on the American forces and her allies, despite his knowledge that his country lacked the military power to confront the evil against him and his country. The result was his loss of life in a most disgracing manner and the destruction of Iraq. He loved power that he lacked, and wanted to remain forever as Iraq's president. He loved himself and power more than he loved his country and the people.
Bashir al-assad is a little difference from Hussein, because he is confronting powers that are less powerful than him. Yet, rather than throwing in the towel to allow the people elect a new leader, he has chosen to confront the evil forces arrayed against him to Syriua's detriment. He wants to rule forever. he loves himself more than he loves Syria and Syrians. If he doesn't, he would not have chosen to hang on to power against reason and watch Syrian decimated by gun power and missiles, and the country becomes an ugly wreck. He hasn't been able to safe the country from destruction like Hussein, and his own life is not secure. A reminder of the scripture that says what will it profit a man to gain the whole world and lose his life.
Poroshenko has been a wealthy business man before his election into office. The difference between him and leaders like Hussein and Al-Assad is that he knows the meaning of happiness and pain. He knows it is better to be here alive and take care of what belongs to you, than taking on a fight uncertain of what will be its end. Poroshenko would have been stupid to leave his comfortable home and business, and enters into government with a headstrong that will lead to disaster for him, his country and people. He is different from Hussein and al-Assad, whose comfort is dependent on official position in government. What Poroshenko has done with his rumored discussion with Putin is telling his country's supporters against Russia to continue with their sanctions against Russia, that he prefers to talk peace with Putin to save his country and his people. (To continue)
NEWS AND FEATURES
News & Features Around The World