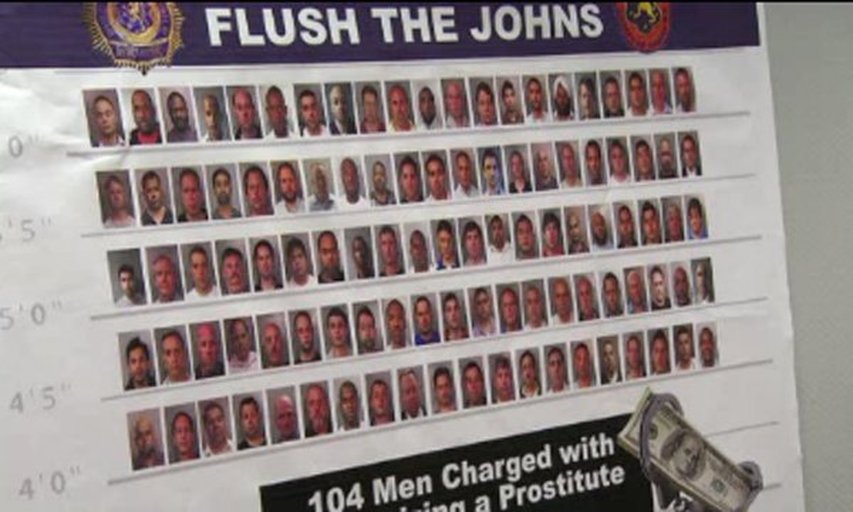 New Yorkers are discussing the fate of 104 men - arrested for patronizing prostitutes - in Long Island area of the city. Photographs with names of the men, age between 22 and 79 have appeared on the television and newspaper. Among them men are doctors, lawyers,professors and students.
"We know that the commission of this specific crime is dramatically affected by the perceived risk of getting caught," The Nassau County Attorney General, Kathleen Rice, said at a conference Press announcing the arrests. She added that the county is giving warning that the risk is growing rapidly.
A young man looked at the photos in one of the daily newspapers on Tuesday and said, "This is wrong. It is like convicting these men while the judge has not pronounced them guilty. Publishing their photographs along names in a press conference will break homes; relationships and some of them will lose their jobs."
An associate in a RadioShack Store in Brooklyn said he was hearing the news for the first time on Thursday morning. He expressed shock. He wished the issue had been handled differently than exposing the men before trial.
A married mother in Brooklyn said, "Let men look for acceptable relationship and stop endangering their own health engaging in illicit sex." And that raises a question about what is the acceptable relationship in these days that everyone is seeking freedom to demonstrate own sexual orientation.
NEWS AND FEATURES
News & Features Around The World