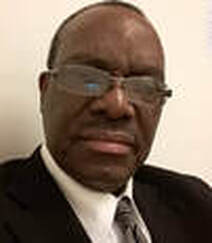 Abiodun K. Giwa
Events in Nigeria over the detention, release and rearrest of Omoyele Sowore, an American based political activist, journalist, publisher and former presidential candidate in the last election in Nigeria, is a reminder of protest events in Hong Kong. Unlike Nigeria, the protests and demonstrations in Hong Kong have been active and have negatively affected economic activities.
Events in Nigeria have hardly taken off, when the country's Directorate of State Securities,SSS, swung into action and arrested Sowore and Olawale Bakare -  linked to what is now called "RevolutionNow". From developments so far, a glimpse on the Nigerian development shows a link between "RevolutionNow" and the proscribed Indigenous People of Biafra, IPOB, and another Islamic revolutionary group led by one ZAKZAKY- who has been in custody for sometime. The government alleged the link between the organizations and RevolutionNow". The latter has not released any counter statement.
​
The "RevolutionNow" group has lately made a statement in the social media signed by a director general showing that the group has a formal set up as an organization. Of course, Sowore has not hidden his intentions against the country's government and that he wants a revolution to tak power back and return power to the people and he has said that the government wants to assassinate him as a consequence.
From the look of things, Sowore has not hidden his disdain for the government's poor performance record and that he wants the leaders thrown out of office. The success of the "RevolutionNow" to achieve its objective will depend on its ability to gain followers among Nigerians beyond the sympathy from arrests aside from finance and materials, and the efforts of the government to paralyze the 'RevolutionNow" will depend on resources available to squeeze the organization..
The government has shown determination to paralyze the "RevolutionNow" by getting its supposed leaders out of circulation even if it requires crushing civility - as it is said that all is fair in war and this was reflected in the rearrest of Sowore in a gangster fashion in a court premises and the place was thrown into commotion .
The "RevolutionNow" will require ability to convince Nigerians that it has their interest at heart and be able to get them out on the street for its intention to become a reality. But from the standpoint that the government did not allow its initial protest to succeed shows the power of government to crush dissent that it views as dangerous for its existence and peace in the country.
It is possible that things may have been better managed by "RevolutionNow" if it has first allowed its protests to begin before announcing its intention on the social media and the news media. Putting the information in the public arena may be a way to seek public support by spreading the awareness, but that has proved dangerous and that there is a lesson to learn from the protests in Hong Kong that was hooked on a protest targeted against an arbitrary law the people did not want without the mention of a revolution and words about overthrowing the authorities, and making the authorities unaware of the real intention behind the protests. And before the organizers of the Hong Kong  protest mentioned the world revolution - people around the world could see themselves that a revolution was on the ground in Hong Kong that the protests nearly paralyzed authorities and authorities began to employ deadly force to quench the flame of the protests.
The Hong Kong experience has shown clearly that there is no fairness in a war. It is a moral equivalent of a war when two powers - the powers that want a government overthrown and the government that wants to protects itself from being overthrown and be thrown out of contention in disgrace are at loggerheads. Remember that the fight for the American Revolution became a war between the American people and the colonial master.
The preamble in the American Constitution shows events that led to the loggerheads between the American people and the colonial master. and the war that occurred when the colonial master wanted to crush the request of the American people for freedom. Hong Kong perfectly situates the American position being a protests against a colonial master, because Hong Kong too is a colony with China as the colonial master.
Unfortunately, Nigeria is an independent state unlike Hong Kong. Nigeria's democracy may not be perfect, but it has a political system tailored after the American democratic system, allowing people to test their popularity at the polls. The polls may not be perfect, but it requires those seeking revolution to be smart to achieve their objective in a sovereign state. A lesson must be learnt  from the Hong Kong experience, an experience that has shown that a revolution to change the entire system is a long drawn battle requiring enormous resources and organizers may still not achieve their aim in a jiffy.
Many Nigerians want a change from the current political and economic situation that has socially rendered millions into avoidable poverty, but the way to go about achieving the objective is absent. The struggle in Nigeria is not new. Professor Wole Soyinka was jailed for 27 months without a court trial in the early sixties. The Man Died was his prison notes. Would the "RevolutionNow" succeed where others have failed?
It is a difficult question and no one can say precisely what events will be with government already having Sowore in custody, just like the Zakzaky guy. And the IPOB leader has fled the country.