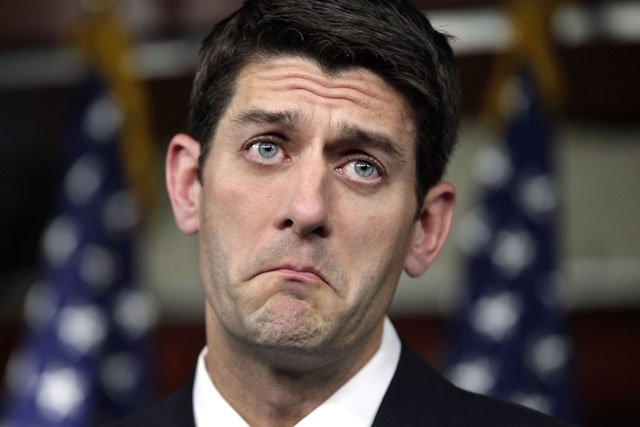 Paul Ryan
Paul Ryan, the United States' Speaker of the House of Representatives, made a remark on Tuesday, describing Donald Trump's comment about the judge in the Trump University's case, as a textbook definition of racism.
The immediate question is what has racism got to do with this, and it is the question, which people opposed to Ryan's remark are asking.
Trump is the owner of the Trump University with a case in a court of law. As a presidential candidate, Trump has said he plans to build a wall in the border between the U.S and Mexico, if elected president.
​   The plans to build a wall to arrest indiscriminate illegal immigration has attracted approval and disapproval in Mexico and the U.S. For most Mexicans, who may have found an open border lucrative for whatever reason, don't like Trump's planned policy. The Mexican government and many Mexicans have not hidden their disapproval for Trump's planned wall.
Therefore, Trump's comment about the judge in Trump's University's case being a Mexican and cannot be expected to be fair in his handling of a case about the Trump University has a link to an already existing discussion that has nothing to do with racism. Aside from the issue that the judge has a Mexican background, there are also unconfirmed words, making their rounds that the judge has a soft spot for Hillary Clinton or the Party, having been found to have donated to the Clinton Foundation.
Trump has every right to seek fairness in a case involving him. It is possible that Trump's comment about the judge being a Mexican and therefore cannot be expected to adjudicate fairly in the Trump University case is unconnected to the issue of his planned immigration policy and has nothing to do with racism. This is nothing about color or race, but about a political policy and arising from support and disapproval in a case in court of law directly involving Trump.  Ryan's remark coming just a week following his reluctant endorsement of Trump as his party's nominee is much unexpected and certainly not a way to help his party or the candidate.
There is nothing more anyone can do to undercut a candidate in a presidential election contest than labeling him or her as racist. Ryan is indirectly pulling down a house he has promised to unite. Consequently, he is talking from the sides of his mouth - calling Trump's comment as equivalent to textbook definition of racism and at same time saying that he is supporting him against Clinton. Is it possible for him to have it both ways? Is not it the reason the liberal media is after him to explain why he could call Trump's statement as equivalent of racism and still says he support him?
It is much like saying that the planned policy to build a wall in the U.S and the Mexican border is racism. Though the U.S remains a Visa policy country, but still allows people to troop illegally into the country through Mexico.  While other immigrants from other parts of the world go through the hell of obtaining visas to enter the country.