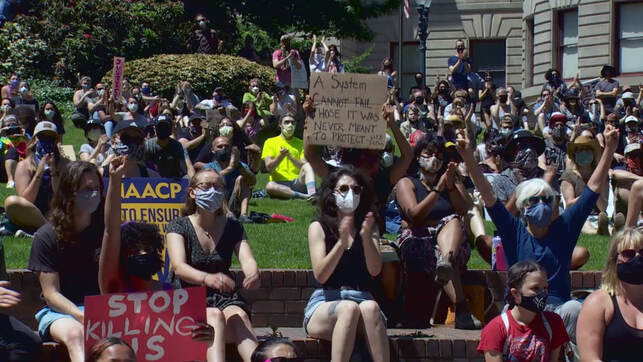 Protesters in Portland
Seattle in Washington and and Portland in Oregon have been in the forefront of protests in the United States, both showing signs of seeking to be the headquarter for protests in the country. Portland demonstrates a city with the longest days of protest, while Seattle has created a CHOP zone and still manages to show fierce demonstrations despite the disbandment of CHOP.
News about endless protests in some U.S. cities is no longer secret. People watch the protests everyday like watching a movie that has no end. It is understandable in the U.S. that protests is an inalienable right under the Constitution and cannot be taken away, unlike other countries that don't have protest as a right in their constitutions.Therefore, unlike in the U.S., governments in other countries can manhandle and muzzle protesters to effectively end protests.
The first amendment made protesting an inalienable right in the U.S. and the major reason that the world has continued to watch and read about continued protests in the U.S and not because the world is about end from the U.S., or the the U.S. government has lost control over governance. It also needs to explained that it is also the reason the world has continued to hear argument from people about the alleged protests turning into riots and destruction and others saying it has not. 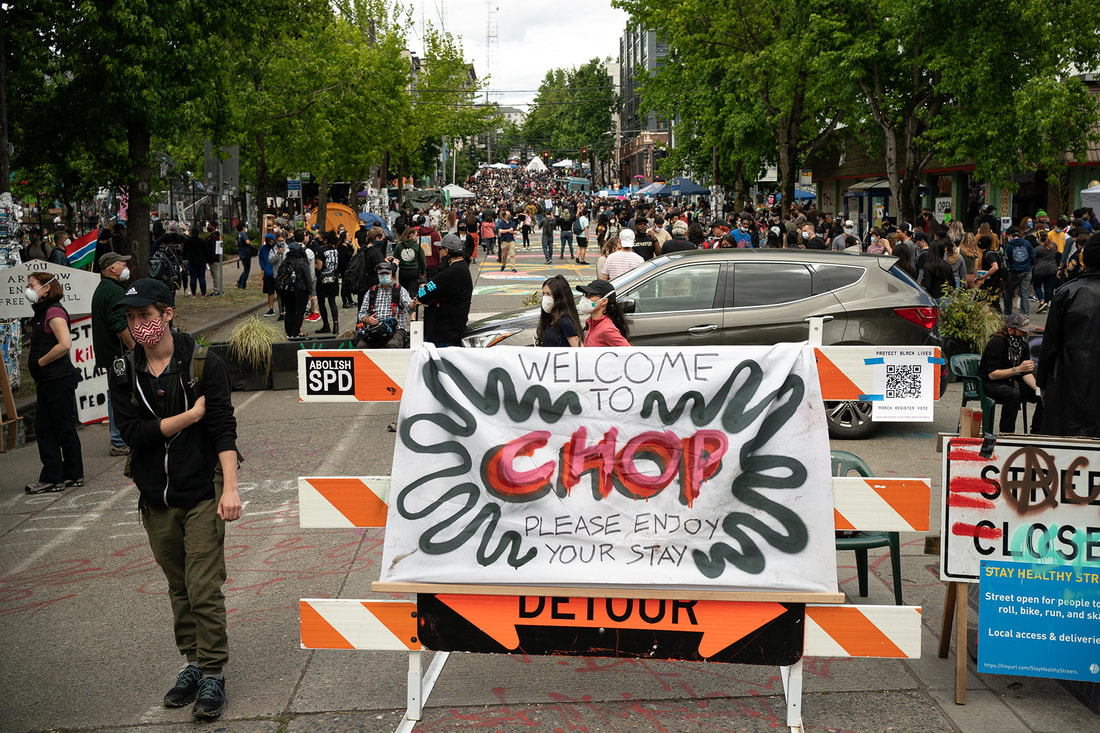 Protesters in Seattle
No one is saying the protest must come to an end, but that the rioting and destructive aspects of the protest be checked. In term of violent and peaceful protests, Seattle and Portland seem to be ahead of other cities both for peaceful and violent protests. Television cameras have continued to beam the protests in both cities to American homes without stoppage. The world knew when a part of Seattle was declared an autonomous zone named CHOP.
Three people died in CHOP before the police regained control of the zone along with the police prison in the area. There is continuity of protests in Seattle, but not as much as has been witnessed in Portland for 51 days unabated. It is very tough to choose which city can be chosen as the U.S. protest capital.
However, something is clear about the protest in Portland and Seattle, and it is that the protests have put both city in a seeming competition to outdo each other. Meanwhile, Portland has gained the upper hand in the number of days that protests has been going on in the city.
​
HTML Comment Box is loading comments...
NEWS AND FEATURES
News & Features Around The World