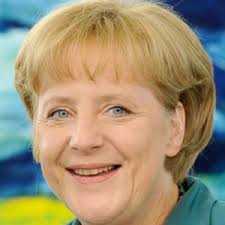 Angela Merkel of Germany (Courtesy:www.biography.com)
The rage around the world, over the reported high numbers of sexual assaults in Cologne, Germany, during the new year festivities, is not over yet. What has made the development in Germany a much serious case is the political connotation that the  men involved are mostly from certain foreign countries and that they are mostly Refugees. Reports say that Germans are riled and there are demands for the German government to reconsider the country's open door to Refugees from war torn Syria.
Consequently, Angela Merkel, The German Counselor, said that any of the men accused of sexual harassment would be repatriated if found guilty. Observers say that Merkel is under pressure and that she may be regretting her government's open arms to welcome the Refugees, despite acute criticisms against her policy by many Germans. The wonder that is unclear is whether repatriation for being guilty for sexual assault is an old law in Germany or the law is about to be promulgated following the Cologne's experience.
Whatever the case, the Cologne experience and the trouble it has thrown up against the Refugees is a reminder of an experience as an immigrant abroad, what constitute sexual harassment and how the lack of knowledge of it could mean a journey against the law.
A woman appears on the street exquisitely dressed and beautiful in fulfilment of men's desire in a woman. A man appears clockwise from the opposite direction and sights what he considers a beauty. He waves and smiles to her. She returns the gesture with faint coldness.
Notwithstanding, the man continues his advance towards her.Please, can I talk to you? I like your beautiful appearance and I want to see what her I can be the lucky man?"
"Please don't disturb me," she said to him. But the man persists. "Why are you stalking me," she asks.
"Have I done anything wrong. Please, I don't mean to hurt your feelings. I like you and I want you to be my girl-friend."
The woman fires back that if the man doesn't stop stalking her, she will call the cops. The man turns back almost 100 degrees and begins to wonder about what the woman says he has done. As a new comer to the country abroad from Africa, he does not understand what it means to stalk a woman and he is unaware a woman has the right to call a cop to arrest a man for stalking her.
By the time the man discusses his experience with his colleagues at work, he realizes that abroad and his home in Africa are two different entities in term of culture and the rule of law as it affects dating and relationship. Although, not many women in the United States are known put men at arms length using stalking as a rule, but many people say that women resort to the allegation of stalking to put a man they no longer want at a distance and that it is most women among women accustomed to street life. It is also not heard that there are men who have been jailed for stalking.
But when a woman decides to call a cop against a man for stalking, it creates the most inconvenient situation the man would wish is best avoided. A research in the website of Stop Street Harassment Organization reveals that perfect strangers think that it's appropriate to be sexual toward any women they want. The Refugees in Germany from the war torn Syria fall under the category of perfect stranger. Are they aware of the sexual harassment statute in Germany? Are they aware that stalking and unwarranted touching of a woman constitute an offense under the German law, unlike the law in Syria?
Stalking and unwarranted touching could happen under persistent willing by a man o make a woman talk along to the wish and admiration of a man. It is the way men get women in Africa. It constitutes no offense. Fela Anikulapo-Kuti in his song "Shakara" says that when a man talks to a woman and she is proving difficult, it means she wants to do but only proving difficult, and the man should persist. A man can do that in Africa and not abroad.
But the culture and the law abroad differ. College students abroad are taught in Sociology classes that it is always desirable to find out what is obtainable in term of culture and the law to of one's host countries to avoid falling foul against their ways of life. Many people believe that the high case of sexual assaults in Cologne, Germany, may have been due to the Refugees lack of knowledge about German culture and their laws. And can one expect anything better from men just emerging from a war situation despite their lack of knowledge of Sociology?
A good advise will be for all the countries that are taking Refugees from war torn countries or from countries with different cultures to have a print out about relevant culture regarding men and women interaction and the law that guide them, and make the print out available to all Refugees as they arrive to begin a new life.