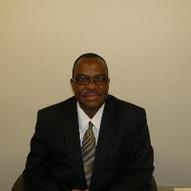 Abiodun Giwa
There is a raging debate in South Africa over widespread relationship between rich old men and their young girlfriends. The society condones the relationship, but some observers are saying that such relationships are ruinous to the young women, and young women are being advised to desist from dating rich old men for the love of money.
However, many curious observers say that this discussion is about human relationship and that it is difficult to say or determine what type of relationship is desirable between adults. They say these girls may be young, but that they are adults! Therefore, they should be free with what they do with their lives, as long as it does not constitute suicide.
The argument by curious observers in support of the relationship between two adults, whose consent be together against adults dating minors cannot be ignored. An adult male who chooses to date a minor fully knows he is committing a crime and that he can only do that and go free in a lawless society.If any young woman, who is old enough to determine the type of relationship she wants decides to go with a rich old man, has the old man and the woman committed a crime?
The issue of old men as blessers to young women is not limited to South Africa. It is also raging in Kenya. These blessers are called sugar daddies in Nigeria and Ghana. Blessing young women is what some old politicians in advanced countries use their ill-gotten wealth for, meeting their friends from hotels to hotels. It is a world wide phenomenon, and it is also not a new development. People fall in love and no one knows exactly what determines the decision of people in a relationship to be together.
​   However, many people believe that money and possession as bedrock of security in relationships form two factors young women consider in modern day for love affairs. They say it for all to hear, that just falling in love for love sake is no longer the norm, because the young woman too wants someone who can take care of her.
Many young women say they prefer to avoid the brashness of young men for the care that old men give, and if the old men are called 'Blessers' as some people are saying in some parts of the world, young women seem not to care. It is about a changing world, where women now decides for themselves, rather than allow parents or friends to decide for them. Ironically, in places like South Africa, some people see such relationship between the Blessers and their fortunate pairs, as a form of prostitution!
A respondent to a newspaper mischievously made a reference to one of the country's leaders as being a Blesser, probably because the leader has more than one wife, and  may also have some young women in line for future consideration as wives. And the respondent may have glossed over the fact that polygamy is legal in South Africa. And this apart, in some societies, the man is supposed to be a blessing to the woman, as symbolically representing a hat on the woman's head, while the woman expects her boyfriend, who may eventually become a husband to be a blessing to her.
Women seeking men with the means to make life comfortable for them are more prevalent in societies, where more men are employed and where women's employment and income are still low, compared to that of men. In contrast to advanced countries, where there is high rate of employment for both genders, and where women with constant income may decide to fall in love with whoever they choose just for the 'love' of it without strings attached. Such relationships also has its negative sides, because men view moneyed woman as too free and careless and capable of running the risk of changing relationships until she finds a suitable suitor, and both will be income earners would be blessing each other. But the man would still be the breadwinner.
Generally, people see any woman agreeing to be with a jobless fellow without prospect for the future, as running the risk of embracing a troubled relationship, where the man may become depressed for lack of fulfillment, and the woman may turn into his punching bag. This is opposite of cases where sugar daddies, who lack the strength to flog have become useful husbands and paramours have turned into loving wives.
​   Though, some relationships do end in regrets.This is all about human relationships, which is like an adventurous life without certainty. What is wrong with a woman seeking a man to be a blessing to her? Should not the blessing be allowed to go around, if it is also a way for the young women to get their portion from the old men?
NEWS AND FEATURES
News & Features Around The World