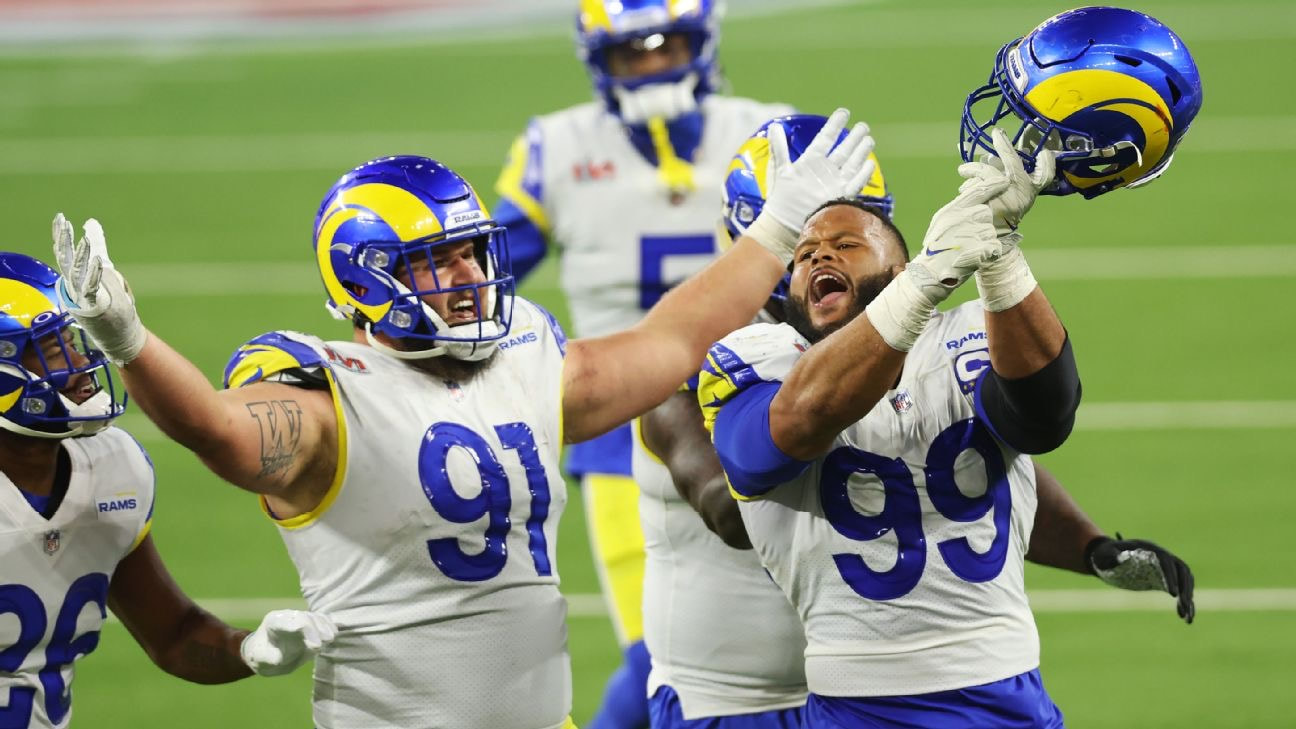 On Sunday, Los Angeles' Rams defeated Cincinnati's Bengals 23-20 in the Super Bowl LVI game at the SoFi Stadium, Los Angeles. The Rams proved superior, though the Bengals held the winners almost to the end of the game. The winner's quarterback, Matthew Stafford, and the receiver, Cooper Kupp, saved the Rams from a sad story.
According to ESPN's Brady Henderson, "Kupp converted a fourth with an end-around, drew three straight penalties, and caught four passes from Stafford, the last of which produced a 1-yard touchdown with 1:25 left, capping a 79-yard drive that began with 6:13 remaining."
People expected the Bengals regarded as the underdog to turn the table against the Rams, known to have been at the top of the NFL world before the Sunday game. Now, the Rams have returned to where they belonged before - the top of the NFL, winning the first title in Los Angeles after 71 years.
Cooper Cupp has been selected as the NFA's most valuable player, MVP, of the 2022 Super Bowl, resultant of his performance leading to his team's victory.