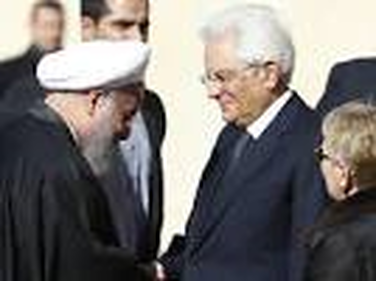 Ayatollah Khomeini was exiled in France, when Muhammed Reza Shah Pahlavi, the last Shah of Iran (1919-1980) got enveloped in trouble and the Iranians demanded the return of the Khomeini and the sacking of the Shah.
They said that Pahlavi was a stooge of foreign powers, but that Khomeini was a darling of the people. The stage was set for a clash between Iranians and their foreign friends, and notably among them was the United States. Shah was sent packing and Khomeini had a rousing welcome at home. Two decades after, the Ayatollahs are still walking and walking tall.
Ever since, the relationship between Iran and the U.S. has fallen apart. Shah and his friends having lost control and no longer in charge in Iran, the Ayatollahs have taken over. And today, there is nothing that shows the Ayatollahs as being on their feet and walking, better than the recent diplomatic victory from the nuclear agreement signed with the Western powers. Sanctions lifted, lots of money in billions hitherto held up released, the Iranians are out to begin business.
New reports says that President Hassan Rouhani of Iran is making his first state visit to Europe following the lifting of sanctions against his country. And the country that is the Iranians' choice for the first state visit after two decades of bickering with the West is Italy. Rouhani plans to meet with the Italian leader, Prime Minister Matteo Renzi and will also meet Pope Francis at the Vatican. Reports also said he would also travel to France, where he I expected to meet Francois Holland. Aside from this is a plan by Iran to sign a deal toward buying a large number of aircrafts.
How has the mullahs achieve this feat? Observers say that Iran leaders have studied the West and understand what is required to get the Western leaders to cooperate and possibly get the sanctions off. According to curious observers, the West wants safety and no country to exist capable of threatening at home with bombs. Observers said that the Iranians may have studied how the North Korea has enjoyed a lot of camaraderie with the West despite the country's thuggish attitude.
It is very obvious that it is one reason the has made North Korea loves announcing acquisition of bombs upon bombs, to put the Western leaders on their feet for ;lifting of sanctions and acquire what the fallout from the Western leaders' response t its threat from acquisition of bombs. Iran played the game and it worked. It went on acquisition of the bomb and West went after it with sanctions and meetings upon meetings, leading to the eventual agreement and the lifting of sanctions.
But wait, it seems that the Iranians are choosing their new friends with carefulness, at least with the first visit to a country and people, who share the same ideal of intense love and worship of God.