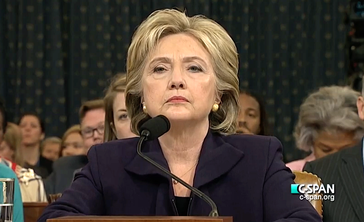 Hillary Clinton
The tension was high after the voting in the elections on Tuesday in the United States. No one knew who would emerge the winner of the presidential election in particular. The exit poll that pundits mostly rely upon on election to determine election outcome not helpful.
Consequently, many Americans resort to watching the news from cable networks and other major newspapers' websites, to monitor the results understandable.
Everyone talked that the polls were too close to determine the election outcome. The media had Hillary Clinton leading Donald Trump with about two points. But the RealClearPolitics website, where all the polls' results were listed had the LA TIMES/USC Tracking with Trump ahead of Clinton against the NBC and the ABC polls respectively. The IBD/TIPP tracking also had Trump with one percent up on the election day, when paired together against Clinton's lead by one percent, when paired with other two candidates.
The LA TIMEs/USC Tracking was consistent for almost two weeks or longer. Some other polls on Florida, Arizona.,Ohio, Iowa, Georgia, Missouri, Nevada, New Hampshire and North Carolina had Trump up from 0.8 to 3.0 up against Clinton on the election day. While Clinton was up in Michigan, Minnesota, Wisconsin, Virginia and Pennsylvania, but his number at 1.9 over Trump in Pennsylvania created some worries that her situation might not have been as rosy as the Liberal media had painted it. The only upset in the polls came from Wisconsin, Michigan and Pennsylvania, where Clinton's numbers began dropping two weeks prior to the election. 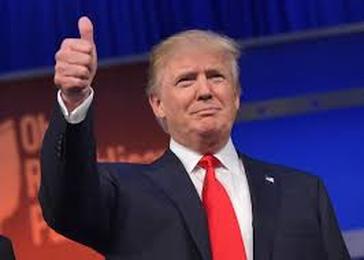 Donald Trump
Those who watched the election results as they were released on Tuesday would understand that the states around the coal region namely... Pennsylvania, West Virginia, Ohio and Virginia were bounded together and that it was by chance that Clinton won the state of Virginia from the lot. The same reason that voters in those states voted in favor of Trump may have have affected the results in Michigan - a state with trade and high unemployment problem.
When Trump intensified his campaign in Michigan and Wisconsin in the last  week before the election, analysts on cable news said they thought it would have been better if he had concentrated on Florida and other states that were not strongly Democratic Party leaning States.
Therefore,  It is spurious to begin to blame the entire media for Clinton's failure or for the failure to see the true situation of the Clinton Campaign in the polls after the elections as currently being done by the same section of the media that helped pushed Clinton into the precipice. Blame the Democratic Party and the Liberal Media and whatever that made the Democratic Party and the Liberal Media thought that a candidate could win an election before the election, and whatever might have caused their over confidence. The Clinton Campaign came into the battle believing that the disagreement between Trump and the Republican Party bigwigs was an ace it could capitalize upon, rather than relying on the strength of her programs to convince voters to her side.
All the Republican Party candidates who lost to Trump in the primary election campaigned against his character and not his programs. He won against them from coast to coast as they campaigned against his character, his lack of political correctness and saying the truth even when such truth hurts.

Billy Bush
And why the Clinton Campaign and the Liberal Media thought they could defeat Trump going after his character the same way that the failed Republican Party candidates did was beyond articulate political pundits. The early sign that showed Clinton Campaign major problem could be found in the campaign's mid-way changing of its slogan from 'Fighting For Us'  to 'Stronger Together'. It was obvious that from all information available to voters, Clinton was not fighting for all and it was arguable whether 'Stand Together' was anywhere capable of the strength of the Trump Campaign's slogan 'Making America Great Again'.  It is believed that no one can fight for all without opposition and no one can bring everyone together without opposition.

Unlike the Clinton Campaign, the Trump Campaign had honed its groundwork from the marketing perspective of a master sales man from the drawing table. This perspective may have informed Trump's statement to the Republican Party bigwigs that the Republican Party did not know how to win, but that he will show them how to win, in the melee of disowning him, when a section of the media released the tape of Billy Bush of the Access Hollywood about the allegation that Trump had kissed women without their consent. They did it to Romney in 2012, but they failed to realize that the strength of the marketing aspect in Trump's campaign was much bigger than that of Romney and that Romney lacks the strength of message delivery that Trump has..The Clinton Campaign was so over confident that it believed it could gain Arizona and Utah and the Liberal media urged her on in their positive reports about her move, believing they had got Trump, following the publication of scandals to derail him.

James Comey of the FBI
Worse still for Clinton was that she came into the presidential campaign battle with much more baggage than Trump. Her baggage brought James Comey and the FBI into her campaign's center stage. The later recovery of more emails belonging to her in the computer used by Anthony Weiner with Huma Abedin and the publication of Abedin and mother's short history against democracy and freedom and women liberation, sealed Clinton's fate. Just as she was not helped by the Wikileaks releases. Instead of facing the truth about Wikileaks releases, it chose the angle of bringing Russia into the picture as a hacker and Trump's helper.
All these have made Trump's baggage pales into insignificance in comparison to Clinton's. If Clinton campaign managers and her friends had told her that she had too much baggage and that there was no way she could win the election and should not run, would she have listened and not run? This is the aftermath of a huge election loss by a candidate, whom a section of media touted as the next president, like soothsayers who never predicted wrongly.
NEWS AND FEATURES
News & Features Around The World