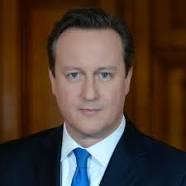 David Cameron (plus.google.com)
It is a new dance about the hidden wealth of the rich in a tax haven in Panama in the South America. It is a discovery that has once more thrown discussions about corruption and ill gotten wealth in the open. The Panama dance as a corruption story is a universal dance from a song about corruption that blows some internationally reputable leaders no good.
David Cameron has danced the Panama. And no thanks to an inheritance that ties him to Panama. Many Nigerian former and current leaders have been tied to the Panama panorama. Some observers are saying it is not strange that Nigerian leaders are linked to Panama, but are shocked to have found Cameron on the dancing floor.
Just as the song from Panama or about Panama papers is slowing down, news report reveals that a nephew of one of Nigerian ruling party leaders, the owner of Oando Oil, named Wale Tinubu, is neck deep in Panama. Observers say they know the game the rich plays, when it comes to hiding their wealth like many of them are having it in Panama, away from the inquisitive eyes of their country people. They say whether you hide in your name or wife's name or uncle's name, hiding is still hiding.
The only thing is that Panama as a country has no relationship to anyone than the Panama people and no one can claim to see any wrong having business in Panama, if not that now that news reports say that it is a tax haven, where the rich hide their wealth to dodge paying tax or excessive tax in their countries. This money may have been ill gotten wealth or rightfully owned, like that of Cameron that comes through inheritance.
Thus talking about Panama papers, it is becoming a learning cuff that there is a need to separate ill gotten wealth stowed away from wealth rightfully earned but stowed away for reasons that owners alone can explain. Cameron has said he does not have the intention to cheat in taxes; he has shown his tax papers and that he actually pay taxes. The British media has been careful in the reporting of the Cameron's angle to the Panama dance, unlike Nigeria, where reports seem to have assumed that whoever has money in Panama may have have stolen it.
A report that TB Joshua,  a famed Nigerian man of God and the owner of the Synagogue of All Nations, also has connection with Panama shows that anyone with money can take it to anywhere. TB Joshua does not work in government and Churches in Nigeria are tax-exempt. Perhaps, he may have chosen to do business in Panama like a Panamanian in New York City interviewed said that the Panama show is about making money.
When told that the news about Panama and the rich is about corruption, he disagreed. He insisted that whoever wants to make money can go to Panama.
NEWS AND FEATURES
News & Features Around The World