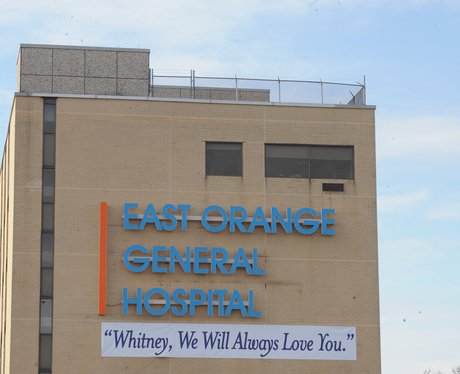 The East Orange General Hospital building in New Jersey
A father and his daughter are on a visit  to a hospital for the daughter's need for a chest X-ray test. While they are waiting at the hospital's reception area for registration, the daughter sees a sign that reads "No eating or drinking."
She is saying that it means eating and drinking are forbidding in the reception area.
"Daddy, why do they have the "no drinking and eating" sign here, and still with a water fountain standing here?"
"They don't want people to turn the place into eating and drinking center. It means you cannot eat and drink here," the father responded.
"But then there should be no water fountain here. The sign is wrong and it should be taken off," the daughter said. "The hospital should either remove the sign or leave the sign and remove the water fountain." she insisted. She rises from her seat, goes toward the water fountain, takes a cup and obtains a cupful of water and drinks.
"Do you see what I mean? I have just taken a cupful of water. Does it mean I have acted against the rules and regulations here? I mean that sign is unnecessary here."
The father quite understands his daughter that what she is saying is that since the sign has proved to be useless, and has not served the purpose to restrain drinking at the reception, one may as well eat there, and that if one eats there, the hospital may not have a cause to hold the eater liable.
The father is a graduate of Public Administration and the daughter is a sixth grader. The daughter's objection to the hospital's managing of the public space in the hospital's reception area is understandable. But what can the father do to correct the anomaly. Aren't such anomalies all over the places and the reason the society don't seem to be progressing, and instead of progressing it seems stagnated?
Administrators in the public hospital, where a notice is placed at the reception to inform the public against eating and drinking near the reception desk and at the same time placed a water fountain must have gone through colleges and have bags of degrees. But that has not made them to see the confusion they have created at the hospital's reception.