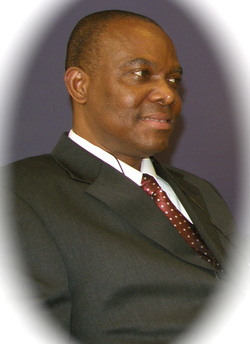 Giwa
We are all observers to cultural developments around us. Some of the cultural developments that predate the modern day have been handed down through oral tradition and written texts. One major glaring factor is that the world is culturally divergent. How this has come to be has different historical and religious perspectives. Every society respects and adores what is called its culture and way of life. Sociologists teach that people respects each others' ways of life and not denigrate or discriminate on the basis of culture.
Somehow, culture has suddenly becomes a shifting ground on the face of weakening religious teachings. Religion has seized to be a family or community affair. It is now regarded as personal with such a dividing and dangerous trend that will remind observers of Chinua Achebe's Things Fall Apart.
The literary world loves Okonkwo, the hero in this epic literature work. He took his own life because he could not withstand foreigners forcing their own culture on his people against his peoples' wish. Okonkwo lost the battle. His own people - including his own son - saw something useful in the foreigner's new religion that came with education and enlightenment. Against opposition, the foreigners' religion competed and survived against certain traditional religion's negative ways.
Meanwhile, something dreadful had happened in Rome - many of the fathers in the Roman Catholic Church lived differently from what they preached and that led to schism. But the content of the Bible remained the same. Two major issues that confronted the Church was about sex and marriage. Most of the fathers who had vowed celibacy loved sex and some highly placed members of the Church outside Rome preferred polygamy or divorce than staying married in monogamy as demanded by the Church. The Anglican Church came out of this blues and gave approval to the marriage wish of a certain King in England. The new Church was widely accepted in many parts of Africa for its acceptance of polygamous marriage. Yet, many people prefer the Bible's instruction for monogamous marriage. There are societies that have made monogamous marriage - lawful, and polygamous marriage - a crime. There are others that accept both forms of marriage, making none a crime.
Recent developments have shown that the world is equivalent of Sodom and Gomorrah experiencing a situation worse than the Babel. In Babel, the peoples' language were confused. But in Sodom the story was about destruction of the disobedient and safe landing for the obedient. Now, no one knows who is obedient or disobedient. Since, no one has power to judge another. The powerful are having their ways against normal moral standard. It has become the right of the powerful to decide what is moral and immoral. In the flux, no one seems to know what is moral or immoral. Man is getting married to man and woman to woman. People are saying that soon prostitution will be legalized since it is already a legal affair in certain states and in certain countries. A child can now approach and tell his father or mother that he or she has a sexuality once an anathema.
Sodom and Gomorrah was a little town in the scripture. It was in this world and not in heaven or elsewhere. But the story of its destruction reliably by the almighty was awesome and mysterious just like its destroyer. Just like Apostle Paul said in the scripture, no one could fight on behalf of God if his agenda had been overthrown by humans. it is certain that if marriage is part of God's agenda to be polygamous and monogamous, that agenda has fallen apart. And it is the fear of God's wrath as contained in the scripture that is keeping some parts of the world from being part of eroding what they consider God's agenda.
Widget is loading comments...
NEWS AND FEATURES
News & Features Around The World