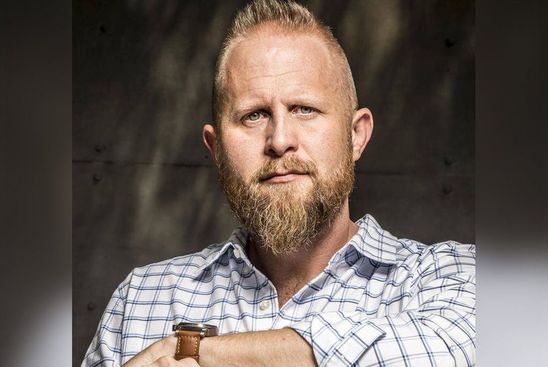 Brad Pascale - Trump's reelection campaign manager and said to be the wizard behind the campaign's digital operations (Courtesy:TheTexasTribune)
Trending information on Tuesday about President Donald Trump's announcement  of reelection campaign manager comes like a sunny day in the winter amid snowfall.
So much unexpected, coming against the run of events. Does it mean that the Trump's camp has thrown the investigation into alleged Russian collusion in the United States election behind and it is getting ready for another round of election victory?
No one is hundred percent certain that Special Counsel Robert Mueller has concluded his search for connection between the Russians and the Trump Campaign, and people opposed to Trump have been saying there is a need to wait and see the direction Mueller’s investigation will take, after the last new about the indictment of 13 Russians and three Russian companies, without a single American in the fold.
Mueller has not said that his investigation has ended. And there is no word to the effect that any of Trump’s Campaign managers have been indicted for the Russian collusion or whether any of them are still being investigated for the alleged collusion. The public is left to watch development in suspense, uncertain of what is happening, what will happen tomorrow and what will not be tomorrow.
What the announcement of a reelection campaign manager by President Trump then means at this juncture is that of turning the page and showing the world that they have put that chapter of the political affairs behind them and they are moving forward. Undoubtedly, there may be some among Trump opponents who are still a expecting ground shaking story about Trump Campaign connection with the Russians in the alleged collusion.
Because of the timing of the announcement of the of a reelection campaign manager by Trump, many people see it as coming too early, and questions are being asked, whether Trump indeed thinks he could win a reelection, considering his unexpected shake-up and turning around of policies against conventions, which people are not familiar, and which had turned off considerable number of people?
Many people are already saying it will be magical for a leader like Trump to win reelection. However, some others say that if Trump had won an election against all polls' results, beaten a popular figure like Hillary Clinton and all her celebrity supporters, how would anyone say or say he cannot win reelection? Aren’t there people still living in the U.S who believe in Trump’s immigration and economic policies?
Apparently, many other people are saying that Trump is not as bad as he has been painted by his political opponents and adversaries. They say there has been no economic downturn on ascension of power by Trump against his adversaries’ loud proclamation that the world will sink if Trump becomes president. Instead, the U.S. economy has been adding jobs every month and the financial sector is booming for business.
Of course, Trump’s opponents don’t have immediate response to his announcement of a reelection campaign manager, other than that reelection campaign is still far away and why so early. They don’t seem to know the import of his action as representing turning the corner and putting collusion allegation behind him.
And what is the name of the reelection campaign manager? He is Brad Parscale, a relatively unknown figure, said to have been the wonder-kid behind the campaign organization's digital operations since 2016 elections. Parscale may likely be a workaholic who does not make noise, unlike empty drums.