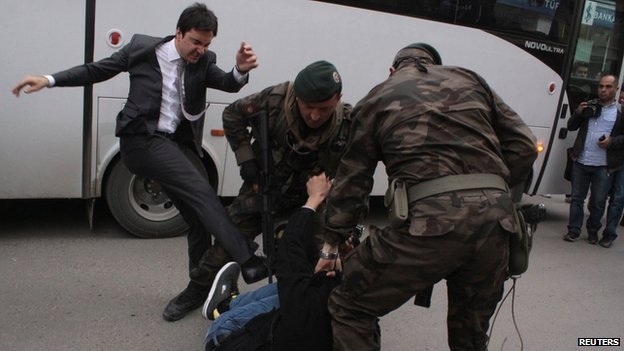 Government's management of the mine explosion crisis in Turkey has reeled out of control.
The three days strike called by the trade unions is having its effect on government officials as shown in the photograph by Reuters, originally published by the BBC.
NEWS AND FEATURES
News & Features Around The World