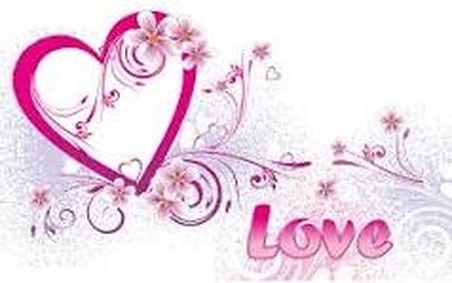 Love Symbol(Courtesy:www.ynaija.com)
Broken hearts will be healed; floundering marriages revived and new love matches will be enacted, all in the spirit of Valentine’s celebration. This year, nature is especially kind to the celebration of love on a snowless Friday, north east of the United States, where nature has ravished the landscape endlessly with snowfall for upward three weeks.

“Greater love hath no man than this that a man lay down his life for his friends. Ye are my friends, if ye do whatsoever I command you,” Jesus Christ admonished his disciples in a sermon about commitment between him and them, and the difference between his love for them and the love that the world had for them.

Jesus gave his life that his followers may live. It is the type of love that many people are seeking in their relationships, but rare in the world of today. Christians describe it as Agape love - selfless, sacrificial and unconditional love. They say it is what Valentine’s love stands for and not the love of the flesh in which hearts and marriages are broken.

And Shakespeare confirms it in his words that Valentine love ought to be forever “Tomorrow is Saint Valentine's day, All in the morning betime, And I a maid at your window, To be your Valentine. Then up he rose, and donn'd his clothes, And dupp'd the chamber-door; Let in the maid, that out a maid Never departed more,” - William Shakespeare, Hamlet, Act IV, Scene 5.

From Wikipedia account about the Valentine celebration, the origin is shrouded in mystery. However, it is clear that it is a Christian celebration. Valentine is similar to loving those who hate you seems more like the expression of the love of the children who have nature that recognize no enemy or adversaries, selfless and unconditional.

It is about celebration of what some will call the true love as against the worldly love that is the opposite. "Love is like a window of the heart. Everyone sees that you are blown apart," Paul Simon sang in Graceland, in allusion to the power of love over those who have fallen in love. What is different from being blown apart and being calculating, aware of what gain will  come from falling in love and when the gain is no longer there can walk out is the unnaturalness in love and inability of the price of love. The price of love is staying in it no matter the situation.

The world is celebrating the true love, yet many people believe that love has become cash and carry and materialistic. Ineh Nestor of American Building Management says, “Love is no longer selfless and conditional. Money and material dictates the tune.” George Wich, an officer with Stapleton Associates says, “Everyday is Valentine day in my house.” George says selfless love exists in his home all year round and that he does not set aside a particular day for love.

Hector Colon of Universal Services says that Valentine has been commercialized and that you have to spend money. “Every restaurant you go is jam packed. The woman no longer talk love expects what you going to buy her and get her love.” Women say the same of men that you have to work toward getting the Valentine gift from the men by showering them with love and affection ahead of the Valentine celebration.  Electric says because he is married he has to express a belief in true love, because he does not want to get into trouble. He is the only fellow among his four colleagues who abstains from saying he does not believe in selfless love, because he is married.

As noted by Hector, restaurants across the world were ready and fully adorned for the Valentine day to boost business. The restaurant owners are not at fault for catching on a tradition they have grown to know to make business. Valentine commercialization began from transformation of hand written love notes to greeting cards long time ago and additional dimensions have been added to the material involvement with costumes. A guy said the incessant snow storm has become an excuse some men use to evade getting valentine gifts for their loved ones.

Passad, a native of Guyana said he grew up and knew that red and white were the colors for Valentine dress. Wikipedia says that in the United Kingdom alone, 1.3 billion pounds are spent yearly on cards, flowers, chocolates and other gifts, with an estimated 25 million cards being sent. It says an estimated 15 million e-valentines were sent in 2010 and Valentine's Day is considered by some to be a misnomer and demonstration of what society abhors. D
Depending on one's country of residence and religion observance, Valentine may be celebrated and may no be celebrated. It is dominant in Christian regions and abhorred in Islamic countries. One shocking revelation is that Halloween - remembrance of the dead - enjoys more following around the world than the Valentine - celebration of love, the worldly love in comparison to Agape love, proclaimed by Jesus Christ and sought after  by many people, but which nonetheless is elusive due to the world inclination to love world than heaven.