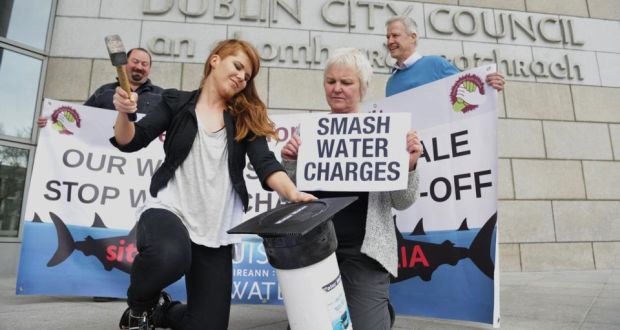 Angry Irish acts against water charges
The water protest in Ireland will remind observers of two lines of a stanza, "Water, water, every where, nor any drop to drink"  in Samuel Taylor Coleridge's poem "The Rime of the Ancient Mariner".
But there was plenty of water around the ship in Coleridge's poem. It is also a sharp reminder of event in Ireland, where there is plenty of water, but for economic reasons, the government is set to impose water charge on the people.
The protest in Ireland has been going for about a month, showing Irish people's  opposition to their government's decision. But the government has not shifted ground over its intention to begin water charge early next year.
It means water will become like power that people have to pay for, and it is expected to deepen hardship for the less privileged, leaving air as the only free commodity for the irish people.
NEWS AND FEATURES
News & Features Around The World