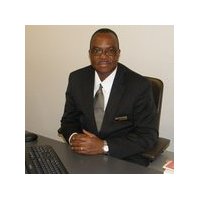 Abiodun Giwa
When one's husband, wife or children are on a flight, it is natural for the breadwinner or relevant members of the family to be at the airport to welcome them. No member of the family will wish for any reason to be at the airport and not see those he or she has waited to welcome, especially when the flight arrives and the passengers expected aboard are not there.
​     For a discerning mind, it is either that your husband or children or wife have missed the flight, and there is a need to ask the airline officials the cause of their absence on the flight.
"Excuse me, my wife was supposed to be on the flight that arrived two hours ago. But I have not seen here coming out from the gate. Please, check for me to know whether she is on the flight and may be I need to wait for her to come out," a worried man who did not see his wife on a flight she was supposed to have traveled said to the two female staff at the airline baggage office in the United States few days ago.
"Although, we have the manifest of the flight you have just mentioned here, but we cannot we cannot for security reasons give details about anyone on the a flight. We don't do it, " one of the female attendants said. The man walked out of the office with unease and anxiety about where his wife may have stranded.
"Can she be in London or Canada or can it be that she has not taken the flight from her primary city? But if she has failed to catch the flight, she would have told me and she would have returned home with the children who have accompanied to see her off at the airport?" All sorts of thoughts whelmed up in the man's mind. He became restless. He said in soliloque that if he doesn't his wife or cannot fathom what may have happened, it means he wont be going to work the following day and that his entire agenda for that evening and following day has run into uncertain confusion.
He returned to the airline's baggage office and insists to the female staffers that the passenger he is expecting is his wife and that he has all her traveling documents on his phone to show them that the passenger is his wife and he needs information about her whereabouts since has has failed to arrive on the appointed flight. The women repeat their decision that they cannot help and that they are working according to rules and regulations. But on further insistence by the man, the airline baggage officials surrender an information about the airline's supervisor and ask the man to go meet the supervisor.
"I can only tell you if the flight has arrived or not, but I cannot give you any information about whether or not any particular passenger is on the flight," the supervisor said. But the man insists on getting information about whether his wife has missed the flight or whatever may have been responsible for her not being on the appointed flight,
"All right, give me the last name of the passenger," the supervisor said. The man surrenders his wife's last name. The supervisor went through the computer listing of names. She doesn't say anything, but writes out a time on a piece of paper of a flight on which she says tacitly that the worried man's wife be arriving.
"Please, can i know why her flight has been changed?" No answer. The supervisor insists that the man go sit down and wait for his wife. The flight arrives and the wife walks out from the arriving gate. An end to a bad nightmare.
"Darling, I missed my flight in London, not out of fault but the airline officials who were supposed to check me in, because they said my flight was not ready, despite checking on them more that fout times, while they checked passengers into the flight and then two minutes after the flight had left, they told me that I had missed my flight.. A female official who was supposed to help asked me to pay extra money for me to be put on the next flight.
She asked for my credit card, and I said I did not have one and that I did not any money I could pay. She left me alone and went on her own.One of the airline officials later pitied me, looked at my papers, connected to the airline's headquarters on phone and got me on another new flight that changed my flight number and arrival time.
NEWS AND FEATURES
News & Features Around The World