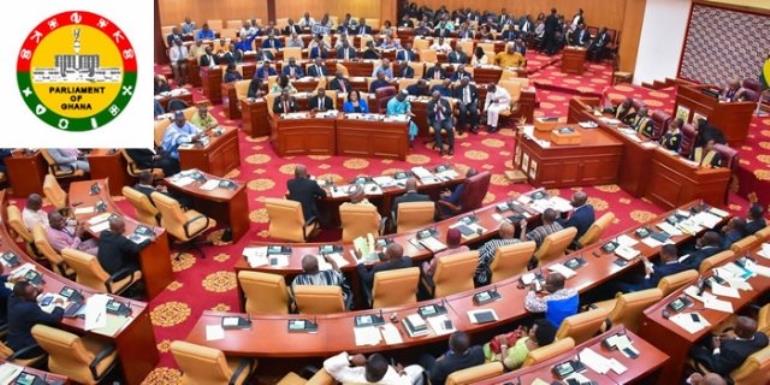 Ghana Parliament (Courtesy: ModernGhana.com)
​   The Parliament in Ghana has said that no same sex marriage will be allowed in the country, according a news report by Ghanaweb.
The report is captioned, “Take Your Same Sex Marriage Away, We Are Much Civilized.”. The report says that the parliament’s position is a tough stance against any attempt to legalize same sex marriage in the country.
There is an unresolved argument over whether Ghana’s President Akufo Addo met with the U.K prime minister, Theresa May, in the just concluded commonwealth conference in London to discuss same sex marriage.
However, Ghana’s foreign minister, Shirley Ayokor Botchway, rejected knowledge of any commitment from the country’s president toward same sex marriage.  Undoubtedly, the parliament is up in arms against what it describes as abomination and an act opposed to God’s plans.
Patricia Appiagyei said, “Mr. Speaker, God created Adam and Eve, but he did not create Eve and Eve or Adam and Adam. God in his own wisdom said he will ensure we will multiply on the earth but not that he would create Eve and Eve to stay like they are. Secondly, in Africa, we have our own norms and cultural practices to protect.”
There was no opposition to Appiagyei’s statement. The deputy speaker said that the same sex marriage is a non-starter in Africa.
Widget is loading comments...
NEWS AND FEATURES
News & Features Around The World