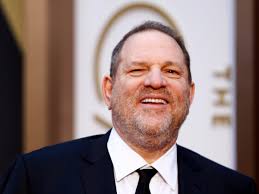 Harvey Weinstein
"In recent days, other women have gone public with accusations of sexual misconduct by Mr. Weinstein, including a former news anchor who said he had trapped her in the hallway of a restaurant that was closed to the public and masturbated in front of her." - New York Times.
Sexual harassment is part of sexual misconduct like raping a woman, which is also having carnal knowledge of a woman without her consent. But when a man is involved in the type of character being published that Harvey Weinstein was involved with women, like the one published in a New York Times on Monday, it is easy to see that the problem between Weinstein and his accusers is beyond sexual harassment case, but a case about a man who is sick and in need of help.
Although, Weinstein has not confirmed or deny that part of the Times' story, but he has himself said it that he is sick and needs help, and that he is going to go into a rehab. But the public that should be in best position to help Weinstein has judged him for sexual harassment and leaving no room to address the issue of the sickness that is manifest in him. Any curious observer who have read the Times report will ask the same question about how a man in the Times story, running after a woman in a closed place and masterbating in front of her cam be said to be well.
The story is being told of his brother and other directors in the company he co-founded with his brother decidedly sacked him. The company's directors' action is nothing short of saving the company and their own source of livelihood, while leaving a man who needs their genuine help to dry in the sun. If Weinstein's character is as published in the Times' story, there can be no way he will go free without people knowing and talking about it.
Now that the public has known about Weinstein's case, the issue about his sack and more women coming out to talk about his misconduct against them should not close the door to helping him to cure his illness that has led him to such openly display of sexual misconduct. It is possible that his mistake is that he fails to let people know about his sickness and the need for help, and allows the evil spirit to make a public ridicule of him.
Well, whether harassment of sickness, Weinstein needs help to help him out of the trouble that the evil spirit that pushes him to go after women in most unorthodox manner has landed him. May be if he has heard the words of Christ, "Come unto me all that are heavy laden, and I will give you rest," his case may have turned out different and will not be needing a rehab at the late hour. Christ still casts out demons just like he did when he was here on earth. He is still the same yesterday, today and will forever be merciful and has commanded that we be merciful toward one another.
One person that can be of great help to Weinstein at this time is his brother, Bob. Already the company and the source of income has been saved. Bob should be able to find  a way to discuss with his brother the need to save the company and then save Weinstein. Weinstein must not be left alone and made to think that it is the company that matters to the directors and that he has been abandoned to his fate.
Weinstein's case may be serious as described in the Times' story or may not be as serious. But since he himself says he knows he has a problem and that he is about seeking help, he needs mercy just as he is being condemned  to go through this hard time. What do you think?