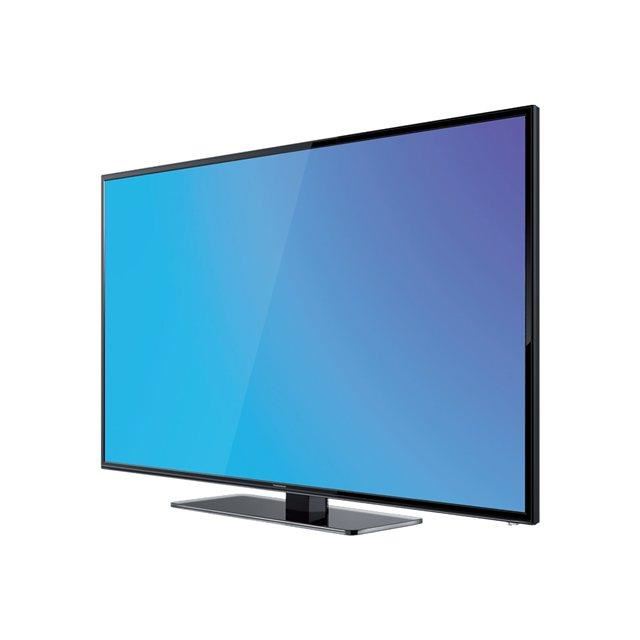 When the economic situation is stormy and economic survival becomes a struggle, it demands cutting down on inessential expenditure. In such a case, money consuming service in the house or in one's life may be the first to be thrown out. Of course, there will be no room for duplicity like using the cell-phone and at the same time using the house-phone. To so many people such duplicity of bills makes no economic sense. And in this case, the house-phone has fallen a victim with only a few people frowning against the cell-phone in favor of the house-phone.
The house-phone, where it still exists in most cases, has become mere ornament in the house, with the advent of the cell-phone. Many people have cancelled the house-phone outrightly in favor of the cell-phone and the pocket with few exceptions. A technician from a cable provider said that the house-phone is becoming a thing of the past and lacks the knowledge why providers still compel people to take triple play, when television and internet are all that people need, but consumers are being forced to take triple play. 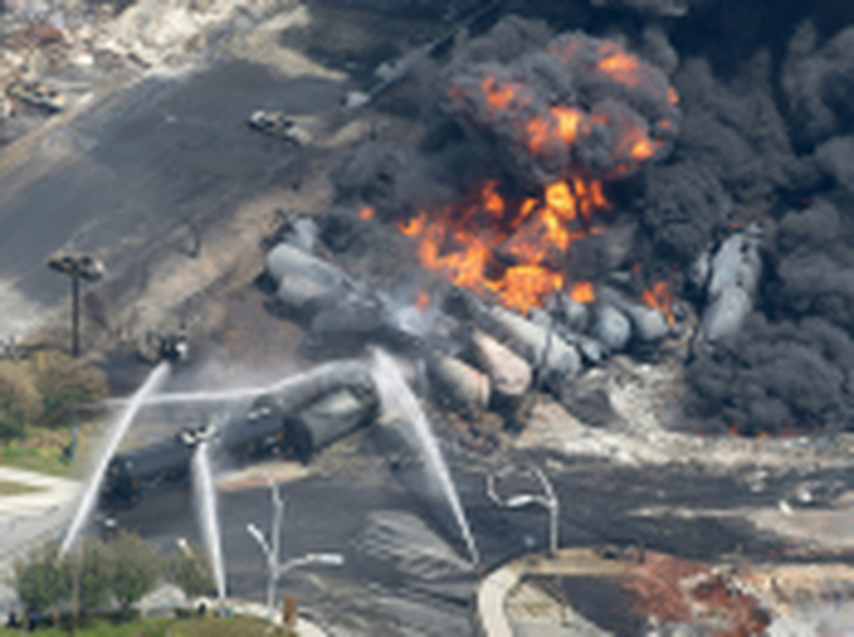 A train derailment in Quebec, Canada caused a fireball resulting in one death, injuries and evacuation of about a thousand residents 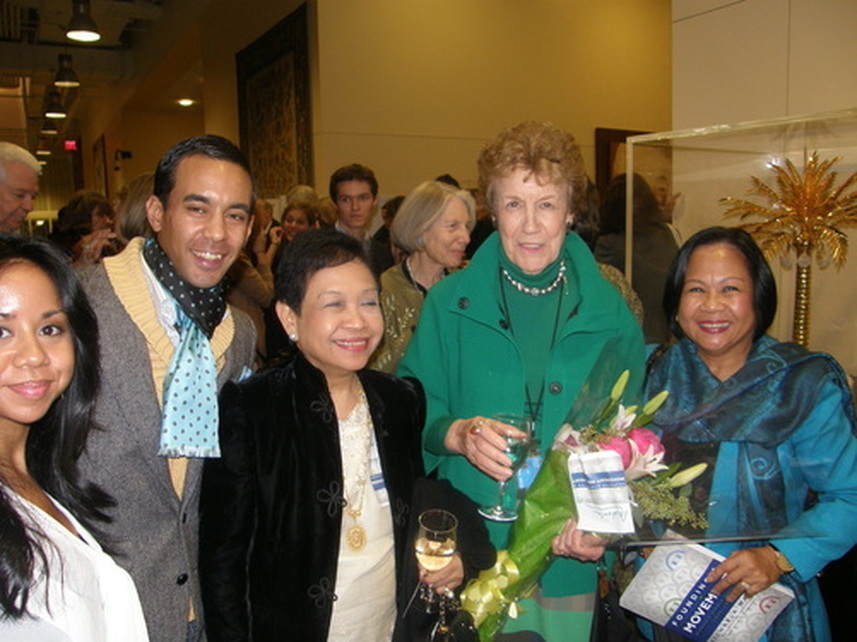 Michaela Walsh, Women's World Banking founding president, Wednesday in New York received encomiums at the launching of her book: Founding a Movement, Women's World Banking, 1975-1990. The occasion was  to honour her and other founders of the first global women financial network, for resolving to work together toward bringing women everywhere into the formal financial markets, when they met at the first UN Conference for Women held in Mexico in 1975.
The initiative created the first direct access to the banking system for women without a male signature, a participant said.
The Netherlands' ambassador to the UN mission describes Mrs. Walsh as inspiration to both men and women.
"This is an inspiring story that needs to be told about women with a sheer vision, creating the first global women financial network. We are not talking
about 1997 or 2005 but 40 years ago, a time when banking and financing was entirely a domain of men. You can imagine the extraordinary effort it took to create WWB,"  Ambassador Jaap Ramaker, Netherlands Permanent Representative to the UN said in a speech preceding the author's remark.
"The book provides a compelling reading about the unique history of the movement, key roles, vision, shared values, networking, trust, hardwork, perseverance, and collaboration."
"She is an old friend," Nancy Lameson of Pennsylvania said of the author, whom she has been relating for 53 years from age 22. "She is enthusiastic. She never leaves any stone unturned. She is always working, and fun to be with."
"Ladies, you aren't going anywhere until you have access to credit," she was quoted to have told other women at the Mexico conference. She
dreamed and got others to dream, and said
''Yes we can'', way before we all said, "Yes we can." And it was how she set the ball rolling for the formation of WWB.
Eric Henderson of Manhattan said he has been with Mrs. Walsh twice in a meeting, and his impression of her is that she doesn't regard anything as impossible.
Her words of advise is that anyone can do what she has done. She says ,"Have a sense of yourself; take risks, always be a learner, and love people. She says people are more important to her than projects. And avoid being bossy. She extends credit to others for the success of WWB from the beginning. She told them WWB was global and enjoined them to let it be global; she said a lawyer was needed to ensure they didn't get into trouble.
A song was rendered by one of her admirers signifying Mrs. Walsh's personality and urged others to embrace it,"This is the life of mine, I am to let it shine, let it shine, let it shine." But it cannot shine without money. Money is really love. Love and money goes together. It was why she ensured money was placed in the women's pocket for empowerment by WWB.
Mary Okelo, first African manager of Barclays Bank in Kenya praised Mrs. Walsh for initiative and leadership qualities that have transformed women's lives all over the world through economic empowerment to economic development. 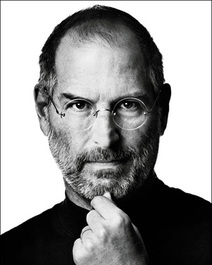 Steve Jobs
Steve's passing one year ago today was a sad and difficult for all of us. I hope that today everyone will reflect on his extraordinary life and the many ways he made the world a better place.
One of the greatest gifts Steve gave to the world is Apple. No company has ever inspired such creativity or set such high standard for itself. Our values originated from Steve and his spirit will forever be the foundation of Apple. We share the great privilege and responsibility of carrying his legacy forward into the future.
I am incredibly proud of the work we are doing, delivering products that our customers love and dreaming up new ones that will delight down the road.
It is a wonderful tribute to Steve's memory and everything he stood for. 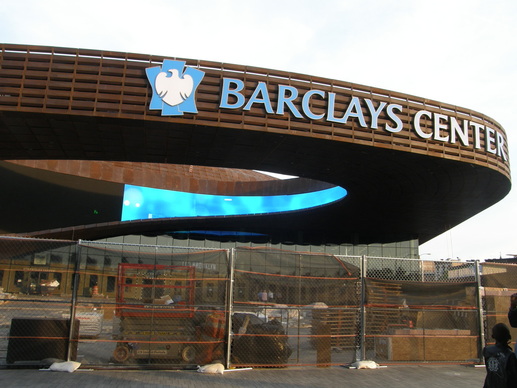 The famed Atlantic Train Station in Brooklyn and the new Barclays Center directly opposite the train station have merged names. The station is now known and called Atlantic-Barclays Center. Access to the train station in front of Barclays Center opened September 17, 2012, while the Barclays Center, a gigantic entertainment center is expected to open later in the month.
"This must have been opened today. I passed here last night and it wasn't open. It must have been opened this morning. It is good. I like it," a young man passing through the newly opened turnstile, said.
A ticketing booth at the station has an inscription 'Atlantic-Barclay Center' depicting the merging of the station' s name with that of the Barclays Center. It completed a process in name merging that began over two months ago when postal announcements by MTA first became visible around the station.
Barclays Center is billed to seat 18,000 for basketball and 19,000 for concerts when fully opened for business.

Spain and Greece Boil Over
By Abiodun Giwa 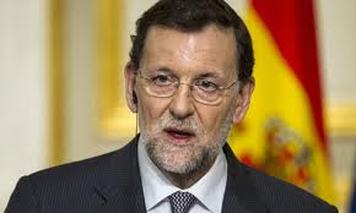 Mariano Rajoy, Spain's Prime Minister
The tough economic situation in Europe is making life difficult in Spain and Greece, and the situation is boiling over. People in these countries can no longer hide their disenchantment against the authorities. Protests upon protests is almost rendering the countries ungovernable,  attested by Catalonians request for self government from Spain.

There was a time Spain home owners went on a strike, asking the government to help them for a bailout for inability to pay their mortgage. Already the unemployment rate in Spain is around 25 percent and the poverty rate is rising.

Just recently, people feared the police was about to take over power in Madrid, when they barricaded the parliament. The police later explained they were working to protect the building from protesters.

Spain is one of four countries in Europe that have been battered by the worsening economic situation in the continent.  The three others are Greece, Italy and Portugal. All of these countries have been customers to the International Monetary Fund, IMF, helping to smoothen their financial situation with lending that carries baggage.

Greece had wanted to opt out of the European union because of its economic situation, just like Catalonians wanted to opt out of Spain. But the outcome of the election in that country amid a debate whether to remain in the union or not, witnessed the Greeks voting for the status quo, in support of the incumbent who chose that the country remained with the Euro and weathers the economic storm.

Barcelona, Madrid and Athens have become havens of protest, making the political situation in Spain and Greece unpredictable.