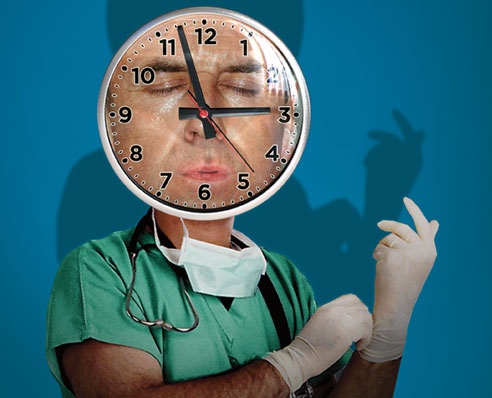 Is there any similarity between the Doctors Without Borders and the woman in Bernolt Brecht's Mother Courage? This is a question that jolted many minds who know of Brecht's play that goes by the title "Mother Courage, when news surfaced that the Doctors Without Borders' hospital in Afghanistan came under military assault, one week ago and with casualties.
These doctors work in war affected areas caring for the wounded. The woman in Brecht's Mother Courage was also found to have been domiciled in a war zone. But unlike the woman in Brecht's play, who had her children with her in a supposedly dangerous environment for economic reasons, the doctors' services in war affected areas are essentially humanitarian.
Aside from the seeming similarity between the doctors and the woman being in war zones, one major similarity that unites them is that they were both both exposed to danger, as revealed by the assault and the killings in the doctors's hospital in Afghanistan.
Of course, American officials are not talking about dangers associated with wars, but they are talking about what may have caused the assault. Some have said that certain Afghan soldiers called for backup, while other also Sao said some American soldiers called for backup. So, the Americans also are not sure of what may have caused an unwarranted attack on a hospital.
In all the discussions about the assault on the hospital, there is unanimous agreement among debaters that the assault may have been a mistake. Consequently, they said it was why President Barack Obama had apologized to the doctors. But the doctors have said a thorough investigation is necessary to determine the cause of the attack to prevent reoccurrence, or else its services will no longer be available in war affected areas like Iraq and Syria.
Observers are saying that it is because there are wars that has compelled the doctors to offer their service in war zones, and that if there are no wars, the doctors would not be in war zones, and they would still serve the society without wars. It jeans as they are saying that if there no wars the doctors would nit jack engagement. This brings about an argument about the purpose for Brecht's play, and why in the first place there should have no wars.
Information reveals that Brecht worked as an ambulance driver during the First World War. According to Tony Krushner in a Guardian story, working as a driver in a war zone cured Brecht of any appetite for military conflict. According to Krushner, war was hell for Brecht. But to whom is war not a hell? Are we not all war weary? Is there anyone who likes military conflict in comparison to disco parties or a visit to the movie theater?
Yet, despite the widespread hatred for war, people have not seized engaging in wars. And wars have continued to devour. And yet, wars have not seized to be seen as human nemesis, just as it has been seen in the assault on the doctors' hospital in Afghanistan. One hidden truth about wars, which the woman in Mother Courage hammered about,  and which people most readers misunderstood, is that there are some gains too in wars.
And people have said that if there are no gains in wars, people would not have continued to go to war, despite the widespread hatred for war.
NEWS AND FEATURES
News & Features Around The World